Fine Gael and Labour struggle for support in opinion polls 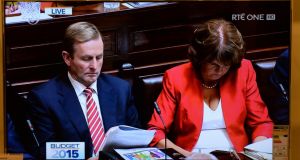 The findings will be of particular concern to the Labour Party which had a backing of 5 per cent in two of the polls and 6 per cent in the other.

All three studies show Independents and Others to be the most popular political grouping.

Support for Sinn Féin is up in two of the polls and down significantly in the third. Fianna Fáil is up in one poll, down in another and unchanged in the third.