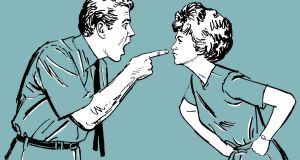 A private members’ Bill will be brought to the the Dáil next week by Fine Gael TD Josepha Madigan and is likely to be debated in the autumn. File photograph: Getty Images

The Dáil is to be asked to begin the process to reduce from four years to two the period of separation necessary to obtain a divorce.

A private members’ Bill will be brought to the the Dáil next week by Fine Gael TD Josepha Madigan and is likely to be debated in the autumn.

The Bill has the blessing of both the Taoiseach and Minister for Justice, according to Ms Madigan.

If the Bill passes, a constitutional referendum would then be necessary to reduce the waiting time for a divorce.

A 1996 amendment which deleted the long-standing constitutional ban on divorce replaced it with detailed restrictions on when divorce could be available to estranged couples.

These restrictions were expressed in statute but also in the Constitution. One of them was that couples must have lived apart for four years before they can be granted a divorce.

Ms Madigan, who previously worked as a solicitor specialising in family law before being elected in Dublin-Rathdown at the last general election, says she has seen “first-hand the detrimental effect this four-year rule has had on separating couples”.

The long lead-in period to divorce inflates legal costs and increases the stress of the process on parents and children, she says.

“There are too many separated couples who cannot extricate themselves from each other within a reasonable time-period. This Bill is simple common sense,” says Ms Madigan.