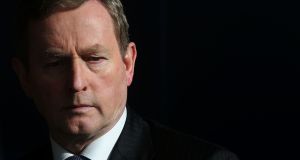 All of the political parties are avoiding some of the key issues facing Irish society in this election campaign, according to a newly established think tank.

The Hibernia Forum, in a report published on Thursday titled Ten Substantive Questions for Our Masters, outlined a number of issues that it believes should be addressed.

“Much political debate focuses on politics as a soap opera: who’s in, who’s out and who has screwed up?

“And a lot of political coverage could equally well feature in The Irish Field: not so much who will win the 3.30 at the Curragh but who will get the final seat in Tipperary?,” the report says.

The report says that by the end of this general election campaign many attractive political promises will have been made, but it queries how believable such promises are, given that they are conditional on fragile economic forecasts.

“The promises made in the 2007 general election campaign eventually proved to be almost wholly irrelevant as a result of the collapse in the public finances, which resulted from economic bust following economic boom.”

The report accepts that the state of the Irish economy today is considerably stronger than might have been expected in 2011.

While it gives Fine Gael credit for largely achieving three of the five economic pledges it made during the last election, it says that its promises of healthcare for all and a new politics have not been achieved.

The Hibernia Forum says that doubt has been cast on the fiscal prudence of promises in the Government’s manifesto for this election by a number of reputable independent bodies.

It says that public sector pension arrangements are accounted for on a pay-as -you-go-basis, which means that pension contributions are not paid today to fund tomorrow’s liabilities.

“There is therefore little or no money in the kitty to fund tomorrow’s pensions - they will have to be funded by tomorrow’s contributors.

“This is the funding model of a pyramid or Ponzi scheme. If applied in the private sector it could result in the imprisonment of those responsible on grounds of fraud.”

The report points out that the national debt is far larger than officially acknowledged, when the pay and PRSI liabilities are taken into account.

The report also disputes the view that budgetary austerity over recent years has favoured the high income earners over the less well-off, citing research by the Economic and Social Research Institute (ESRI).

“[It is] important to note that the reduction in inequality which Ireland’s system of tax and benefits achieves is already the greatest for the OECD countries for which 2012 data are available.”

It also challenges the notion that the Irish health service is underresourced.

“Irish health spending is already the highest in the developed world, except for the US, despite us having a markedly younger population than average,” it says.