Eighth amendment an issue for next government 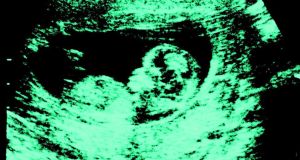 The last few days, and in particular the tragic right-to-life case emerging at the moment, have focused attention once again on the right to life of the unborn.

The subject first re-emerged with Leo Varadkar’s speech to the Dáil on Tuesday night when he said the constitutional provisions relating to abortion are “too restrictive” and have a “chilling effect” on doctors.

Varadkar was referencing the eighth amendment to the constitution which gives equal rights to the mother and the unborn.

Tánaiste Joan Burton told the Dáil this morning that she was informed of the current case - where a pregnant woman is being kept on life support - by Varadkar on Sunday, confirming the Minister of Health didn’t make Tuesday’s speech in a vacuum.

Since the Protection of Life During Pregnancy Act was passed in summer 2013, there have been repeated calls for a referendum to repeal the eighth amendment. But Varadkar told the Dáil the current Government doesn’t have a mandate to hold such a vote.

While tragic cases such as the one now in the public domain lead to further calls for a referendum - and ministers such as Frances Fitzgerald and Paschal Donohoe say there will eventually be one - the reality is there is no political appetite for such an initiative.

Taoiseach Enda Kenny yesterday said as much, and made his comments fully aware of the latest right-to-life case.

“I don’t believe that in the absence of really verifiable medical evidence and information that we should be looking at the issue of constitutional change now,” Mr Kenny said.

“It’s important to know that you can’t foresee the range of circumstances that apply here. I am aware of one at the moment which is very difficult.”

Fine Gael does not want to deal with another debate on this issue, and Labour, although in favour of repealing the eighth, does not want a referendum either.

The referendums on same-sex marriage and the proposal to lower the age of presidential candidates will be the only ones put to the people before the general election. Apart from those, the Coalition’s main focus will be on the general election. It is likely, however, that the next Government will have to deal with the eighth amendment.