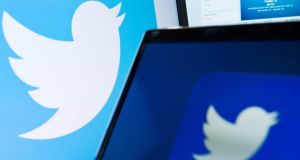 Former diplomat Tom Fletcher says he saw Twitter not merely as a way of engaging with people but of influencing them. Photograph: Leon Neal/AFP/Getty Images 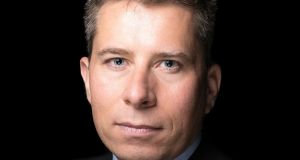 Former diplomat Tom Fletcher says he saw Twitter not merely as a way of engaging with people but of influencing them. Photograph: Dan Taylor

“For two years we have not heard from our ambassador in Spain, ” Thomas Jefferson once said. “If we again do not hear from him this year, we should write him a letter.” Advances in technology have progressively changed how diplomats do their work, and what people expect of them. But few shifts rival the current digital revolution in raising questions about some of the most basic assumptions of international diplomacy.

That’s one of the themes close to the heart of Tom Fletcher, an author and former high-ranking British diplomat who will give a keynote address to the heads of Ireland’s 80 overseas missions when they gather in Dublin this week. Fletcher, who was the UK’s ambassador to Lebanon from 2011 to 2015, and served as foreign policy advisor to three British prime ministers before that, is an evangelist for a new type of diplomacy: more open, more engaged and, above all, savvier in its use of technology to further the age-old aims of the trade.

In his new book, Naked Diplomacy: Power and Statecraft in the Digital Age, Fletcher argues that his business is facing threats and challenges from all directions. Big corporations, NGOs and other government departments all have what are in effect diplomacy arms, while foreign ministries themselves are becoming “weaker, less respected and less well funded.” Ironically, he believes, there has never been a greater need for diplomats.

“We’re going through a period of such instability and uncertainty in the world, which is mainly the result of all this technological change. Look at the era after the printing press. That threw up two centuries of massive political change across Europe, ” he says. “The internet is going to do that several times over.”

In his four years in Beirut, Fletcher embraced social media with an enthusiasm that set him apart in a sphere widely seen as sclerotic and slow-moving. At first, he says, he used it to gather analysis and reportage in new ways. In his second year, he realised its power as a way of engaging people, “and of reaching out beyond the traditional elites - the top 100 or so people in the country who you would normally speak to as ambassador”. He made unexpected connections.

“Whether it was Hezbollah or people on the street, they would tweet at me and they would be stunned to get a reply. It completely opened up to them what we were trying to do, and allowed me to reach a much bigger set of people with my messages.” Eventually, he saw it not merely as a way of engaging with people, but of influencing them.

Last year, Fletcher was commissioned by the Foreign Office in London to review how the organisation worked. His report, informed by consultation with staff, was critical in places, describing a ministry that was risk-averse, too secretive and held back by out-dated technology. Many of the problems Fletcher identified will be familiar to close observers of the Department of Foreign Affairs.

In his writings, he argues that a tech-savvy public demands more transparency from government, and that foreign ministries can do a lot more to open up. Behind-the-scenes negotiations will always remain a vital part of the job - Fletcher mentions the recent Iran nuclear deal and the Belfast Agreement as examples - “but we do need to explain to people that that’s what we’re there for, and that it’s going on.”

“We cannot just give people platitudes,” he says. “One of the things that really annoys me about diplomacy is, when Foreign Minister Smith visits Dublin, and someone issues a press release saying, ‘the two foreign ministers spoke about a range of bilateral issues of mutual concern, ranging from regional to global themes.’ Readers look at that and think, ‘what’s the point of all of this?’

“It’s slightly insulting to think people can’t handle a more frank description of what we’re doing. I’m not suggesting we go around the whole time, saying ‘we think Leader X is completely bonkers and we can’t wait to invade’, but I think there’s a more honest way of talking about what we do. It’s about opening up a bit.”

Fletcher believes there is a greater need than ever for a cadre of professional diplomats with specific skills and knowledge. But he also suggests that the work is too important to leave to diplomats themselves and writes about the capacity of “citizen diplomats” to wield many of the same tools to persuade and influence others. “These big global challenges we’re facing now require much broader coalitions of people beyond government, beyond diplomacy,” he says.

“I used to get quite frustrated when someone would ask a diplomat about a situation and they would say, ‘well, it’s terribly complicated’. They would want to give the impression that they knew exactly what was going on but it was too complicated to explain to a layman. It normally meant we didn’t have a clue what was going on.”