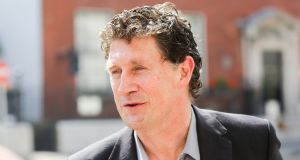 The Dáil will depart from tradition and sit on a Saturday to elect the new government and Taoiseach if the three potential coalition parties all agree to the programme for government.

Green Party leader Eamon Ryan said that the ratification process for each party would take place on a very tight schedule and would be completed by all by Friday, June 26th.

If approved by the respective membership of Fine Gael, Fianna Fáil and the Greens, a special sitting of the Dáil would take place the next day to elect a Taoiseach and the Government. The Taoiseach’s eleven nominees would be named shortly afterwards, allowing the new Seanad to have a formal legal standing for the first time.

The reason for such a quick turnaround is that a number of important pieces of legislation need to be renewed, and passed, by the Dáil and the Seanad before Tuesday, June 30th.

They include the renewal of the Offences Against the State Act as well as the renewed mandate for the Special Criminal Court. Another important piece of legislation, originating from the European Union, will also need to go complete its passage through the Oireachtas by the end of the month. The law will allow Ireland access emergency Covid-19 funding from the European Central Bank.

Mr Ryan said he would be strongly recommending the agreed programme to his parliamentary party on Tuesday and to its wider membership. He said there were things the Greens had got and some things they had not got.

He said that getting items into the programme was not an end to itself: “Even though it’s in the programme for government the real task is delivering them so it’s only a line on a page. What you have to do is turn it into the real thing to change the quality of people’s lives and improve the economy and turn the country green

“I will be recommending it because it has lots of the things we have been looking for for years. If we can deliver them it will be a huge improvement to (people’s) lives.

He accepted the party had not got everything it wanted on issues such as live exports and a bill banning goods produced in Palestinian territories occupied by Israel.

Mr Ryan said that question was one of the last to be debated at the conclusions of the talks between himself, Taoiseach Leo Varadkar and Fianna Fáil leader Micheál Martin on Tuesday morning. He said that the Palestinian question was now firmly on the agenda of the three parties.

“There’s very strong language with regard to Palestine. It’s a hugely important issue and was one of the issues this morning. At the last minutes, we were strengthening the language and particularly in advance of potential annexation.

“It will send a really strong signal that Irish government is concerned about illegal settlement and the further annexation of Palestinian lands.So it was not as if there was disagreement on the actual issue. It’s about how do you achieve your common objective,” he said.

Asked was it important that all 12 TDs backed the proposal he said it was but added there is a good tradition in the party of allowing for different views.

“My sense is that the parliamentary party and the members of the party will read the document on its merits and make up their mind.

“If some people say no they believe it is not the right thing to do to go into government, which is very challenging, that is their opinion and I accept that,” he said.