C&AG says no business case made for scheme, TD labels it ‘unmitigated disaster’ 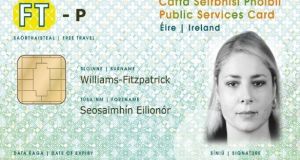 The cost of developing the Government’s Public Services Card rose from an estimated €19.8 million in 2012, to just under 60 million in 2015, according to a report from the Comptroller and Auditor General (C&AG).

The card was initially put forward in 2004 to help identify users of a range of Government services, particularly social welfare services, where identity fraud was believed to be costing the exchequer millions of euro per year.

A contract for development of the card was signed by the Department of Social Protection in 2009. However, seven years on, the Oireachtas Committee on Public Accounts has been told many aspects of the cost did not feature in the original estimate.

Comptroller and Auditor General Séamus McCarthy said the original estimate had provided only for the cost of the contract, but additional security features and delays caused this to increase by 16 per cent from €19.8 million to €21 million.

He said some of the delays were caused by difficulties with the then Railway Procurement Agency in integrating the Social services Card with the Leap card to facilitate pensioners’ free travel.

In addition, by 2017, Department staff costs will have added a further €28.8 million to the project, bringing the overall cost to “just under €60 million including Vat”, Mr McCarthy said.

He also said the planned roll out of the project had fallen short of the target of three million card holders by 2013, and by June of this year numbers had reached just two million.

He said the Department of Social Protection had put forward no “single business case” before a contract was awarded, as he would have expected. As a result, there was no high-level plan identifying the resources and scope of the project and no clear identification of who exactly was responsible for its development.

Independent TD Catherine Connolly told the committee the project had been an “unmitigated disaster” and asked why the plan was simply not re-tendered when it was discovered the requirements of the scheme were more complex than originally intended.

In response, the secretary general of the Department of Social Protection Niamh O’Donoghue said she did not accept the project was an unmitigated disaster. She said a business case for the project had been considered, although she accepted the case may not have been available in a single document, labelled “business case”.

She said the Revenue Commissioners were planning to require use of the cards for all new applications for tax credits and the Passport Office was now requiring applicants have a Public Services Card.

Now that it had been developed the future of the card was “all about expansion”, she said.

So far, the use of the card had made savings of €2.5 million in detecting frauds, while the amount of savings made by deterring attempted fraud was unquantifiable, she said.