Clears signs legislation will not appease some doubters in FG 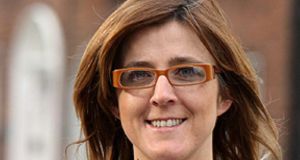 There were clear signs last night that the newly-agreed abortion legislation will not appease some of the doubters in Fine Gael but there was confidence in Cabinet that the Bill will be backed by the overwhelming majority of the party.

Taoiseach Enda Kenny did not speak at the meeting , but Minister for Health James Reilly and Minister for Justice Alan Shatter briefed on the Bill.

Although some changes have been made to the original scheme, TDs and Senators said it was clear at the meeting that these would not be sufficient to appease the main dissenters.

Exchanges
“There were people like Peter who were clearly against it, and Paul Bradford,” said a TD who listened to the exchanges with Dr Reilly. Mr Mathews circulated motions calling on the party itself to vote on the Bill, for a free vote on the legislation and on the suicide question. These received a cold response, with one of his colleagues saying the move was “profoundly counterproductive.”

TD Michael Creed was unhappy that there will be no direct report to the Oireachtas on the law but he hopes for change. “It’s not there yet, that has to be said clearly, and in that sense it’s disappointing,” he said.

Mr Bradford said it appeared “overwhelming evidence” in relation to suicide was ignored.

There remains anticipation in Government circles that new measures – giving the Minister for Health the right to direct the suspension of services under the law – would give comfort to some naysayers.

The hope within the Coalition is that this would convince some of the doubters that the new law would not open the “floodgates” to abortion on demand.