Analysis: The State cannot force Catholic orders to pay more due to 2002 accord 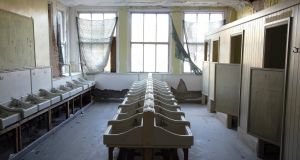 The agreement between the State and the country’s religious orders has been repeatedly questioned since it came to light in the months after it was agreed in 2002.

Minister for Education Richard Bruton said on Friday that “moral pressure” will be applied on the orders, in a bid to persuade them to contribute more of the cost of compensating abuse victims.

Experience, however, suggests that the prospects for translating moral pressure into hard cash are mixed at best.

Legally, the 2002 deal it is rock solid. There is no unpicking it; that much is clear.

What is much less clear is why the State agreed it in the first place.

Bertie Ahern’s apology to the victims of institutional child abuse in 1999 was made in the full knowledge that it would entail a hefty compensation bill for the State.

But it was always understood – from the government side anyway – that the bill would be shared between the State and the religious orders which ran the institutions.

The State sent thousands of children to these institutions, and was supposed to be inspecting them.

However, although the State turned a blind eye to conditions, it was members of religious orders who actually abused the children.

The 2003 interim report of the commission investigating the institutions summarised the testimony of more than 700 witnesses who had so far given evidence.

They described “being beaten on every part of their body: the front and back of hands, wrists, legs, back, buttocks, head, face and feet”.

Some beatings were given in public, with the victims forced to remove all of their clothes.

For some victims, the abuse was a one-time, appalling event. For others, the “abuse lasted for their entire stay in the institution”.

Evidence was given, too, of psychological abuse, together with neglect and starvation.

By the early 2000s, many of the victims were elderly and frail. Many of them had had difficult lives, blighted by their experiences, and the State decided to establish a redress scheme.

Instead of going through the ordeal of adversarial court proceedings, victims could come before a redress board, tell their stories and receive compensation.

The question was, who should pay? The State believed a 50:50 split with the religious orders was fair.

Negotiations continued throughout 2001, breaking down without agreement that November.

In early 2002, there was a breakthrough: at a meeting on January 30th, between the 18 orders and the State, it was agreed in principle that the orders would contribute €128 million (£100m) in cash and property to the compensation fund, then estimated at €250 million.

In return, the State would indemnify the orders against lawsuits. Crucially, the orders’ contribution was capped at that level.

If the bill increased, that was the State’s problem. And that is exactly what happened.

The State was flying blind. It did not know how many victims there might be – the orders held the records.

It did not know the extent or the seriousness of the abuse. In effect, the government signed a blank cheque.

There were immediate concerns in government. Most unusually, the Attorney General – then Michael McDowell – was not represented at the decisive discussions, which were concluded by the then minister for education Michael Woods and his secretary general John Dennehy.

“The deal was done without reference to me,” McDowell says now. “I had to find out afterwards.”

The Department of Finance was also alarmed at the possible cost, and Charlie McCreevy did not sign the agreement.

Nothing was published or announced, but the deal had been done. It was formally signed the day before the government left office, and approved by the outgoing cabinet at its last meeting – literally hours before Woods ceased to be minister.

Why did the government agree the deal? According to people who served in government at the time, and were briefed on the discussions, the orders were “playing hardball”, refusing to accept liability and promising to fight every case in the courts.

“Effectively the church said every person who has a claim will have to go through a contested case,” says one person familiar with the events.

Then taoiseach Bertie Ahern told people that the State had a responsibility to prevent that, and he favoured a non-adversarial redress approach which would see victims compensated quickly with a minimum of trauma.

That is certainly a strong reason for the redress scheme. It does not, however, explain why the State agreed to cap the orders’ contribution.

A possible explanation came the following year. As details of the agreement and the potential cost began to emerge, the then Labour leader Pat Rabbitte raised the issue repeatedly in the Dáil.

Ahern accused him of having an agenda against the religious orders.

“Bertie used to accuse me of wanting to bankrupt the orders,” Rabbitte says now.

Meanwhile, problems were emerging with the transfer of assets from the orders to the State.

Many of the properties were schools or healthcare facilities which the State had been funding, maintaining and investing in for decades.

In addition, assets such as school buildings or playing fields might have a theoretical market value, but they were of little actual monetary value because there was no chance of them being sold.

In some cases, the religious orders had been given the properties with the proviso that they be used for educational or other charitable purposes.

Any transfer of title would have to maintain these functions, further limiting further their value.

The real value of the orders’ contribution of properties remains a contested question.

Periodic reviews of the transfer of properties throughout the 2000s showed that the process was hopelessly behind schedule.

This week, the Comptroller and Auditor General reported that €21 million is outstanding from the original 2002 agreement.

Meanwhile, throughout the period, religious orders – not necessarily those covered by the indemnity deal – continued to sell off parts of their vast landholdings, especially in Dublin.

Other properties were transferred to their own trusts.

Five orders of nuns, for instance, have transferred ownership of schools worth over €400 million to Ceist (Catholic Education – An Irish Schools’ Trust).

In 2009, following publication of the Ryan Commission report – which detailed the full horror of what happened to children at the institutions – the orders agreed to revise their contributions, pledging a further €350 million.

But the Christian Brothers, who operated many of the institutions, later withdrew its offer of an additional €127 million.

Instead, it said, it would transfer the lands to the Edmund Rice Schools Trust, its own entity for owning the former Christian Brothers schools.

The property transfers from the rest of the orders has been slow; the C and AG report noted acidly that it was “astonishing and inexcusable that six years after the publication of the Ryan report, only €85 million of the €226 million offer has been received by the State”.

Yet the State remains powerless to force the orders to act differently.

On Friday, Bruton said he found the situation “hugely disappointing and massively frustrating”.

He added, however, that the Government did not have a legal mechanism for compelling the orders to pay any more. The 2002 deal still stands.