The teaser trailer for the upcoming remake of Beauty and the Beast, starring Emma Watson and Dan Stevens, has set the record for most views in its first 24 hours with 91.8 million, beating Star Wars: The Force Awakens's 88 million. Video: Disney 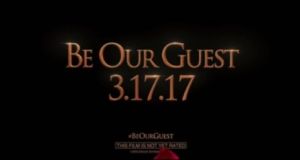 A still from the teaser for the upcoming Disney live action remake Beauty and the Beast, starring Emma Watson

The teaser for the upcoming Disney live action remake Beauty and the Beast, starring Emma Watson, has broken the record for views of a teaser-style trailer, which was previously held by Star Wars: The Force Awakens.

The teaser was watched 91.8m times in the first 24 hours of its release, taking it ahead of the 88m views garnered by the second teaser for The Force Awakens in 2014.

Condon’s film is due for release in March 2017.

Star Wars: The Force Awakens still holds the record for views of a full-length trailer, after its final trailer was watched more than 112m times in the first 24 hours of its release.

1:35 US to produce enough Covid vaccines for entire population by May, says Biden