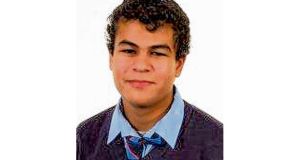 A teenager from Navan who joined rebels in Syria last year without his parents’ knowledge has been killed as fighting between the Assad regime and opposition forces intensifies.

The circumstances surrounding the death of 16-year-old Shamseddin Gaidan last week remain unclear given the difficulties of obtaining reliable information from inside the country. His father Ibrahim was informed of his son’s death in a phone call from Syria.

Shamseddin moved to Ireland from Libya with his family in 2001. His father runs a halal grocery shop in Navan. The teenager spent his summer holidays in Libya last year and was supposed to fly back to Ireland via Istanbul in mid-August.

His family raised the alarm when he did not arrive in Dublin. They later learned he had crossed the Turkish border into Syria. “We heard nothing from him until one day someone called from Syria saying Shamseddin is here and he is helping the Syrian people,” said Mr Gaidan.

The last Mr Gaidan heard from Shamseddin was a brief phone call some time later during which he pleaded with his son to return home. “He refused saying how could he leave when the Syrian regime was killing its own people, including children.” It appears Shamseddin had joined up with a cousin from Libya who had travelled to Syria some time before.

The cousin is also believed to have been killed last week. Mourners gathered at Tallaght mosque in Dublin this week to offer condolences to the Gaidan family. Prayers were also offered at St Patrick’s Classical School in Navan, where Shamseddin had studied.

Principal Colm O’Rourke said staff and students were “very shocked” to learn of his death.

“He was a good student who got on with everyone,” Mr O’Rourke said. “He was keen to go fight with the rebels. In 2011 he talked about wanting to join the Libyan revolution.”

The teenager is the second person from Ireland to die after joining rebels in Syria. Egyptian-born Hudhaifa ElSayed (22), from Drogheda, was shot dead by regime forces in northern Syria in December.

He had travelled to Syria as part of Liwa al-Umma, a rebel brigade founded by a Libyan-Irish man named Mehdi al-Harati, who also commanded a unit during the Libyan revolution. Up to 20 men from Ireland are estimated to have joined rebel forces in Syria.

Senior figures in Ireland’s Muslim community have tried to discourage others from going to fight.

0:38 Solitary and elusive snow leopard spotted in the Himalayas