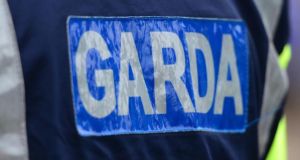 Gardaí have appealed for anyone who may have witnessed the collision to contact Thomastown Garda Station on 056-7754150.

A motorcyclist in his 40s has died following a two-vehicle collision in Co Kilkenny this afternoon.

The man was killed after the motorbike he was riding was in collision with a lorry on the N25 Waterford to New Ross Road near Davidstown, Glenmore, Co Kilkenny. The crash happened at about 2.30pm.

The man was taken to Waterford Regional Hospital where he was pronounced dead a short time later. The driver of the lorry was not injured in the collision.

The road has been closed pending a forensic collision examination and diversions are in place.

Gardaí have appealed for anyone who may have witnessed the collision to contact Thomastown Garda Station on 056-7754150.