Justice and ethics key to a fresh vision of society, says Higgins 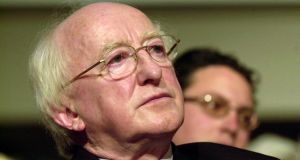 President Michael D Higgins has called for a fresh start to be made now, in the midst of the financial crisis. Photograph: Brenda Fitzsimons/The Irish Times 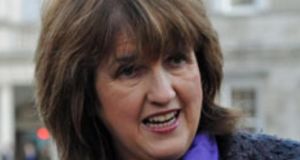 Minister for Social Protection Joan Burton told the conference she believed “we have reached the limits of austerity now”. 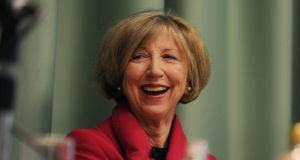 People need to make a fresh start based on ethics, the President has told a conference, adding a new and fairer society would not automatically emerge.

Minister for Social Protection Joan Burton meanwhile said she believed “we have reached the limits of austerity now”, adding that ordinary people “are shouldering too much of the burden”.

Addressing a conference of the St Vincent de Paul Society to mark the bicentennial of Frederic Ozanam, the organisation’s founder, the President called for a fresh start to be made now in the midst of the financial crisis.

“We now need a new connection between economy, society and the person – one based on ethics,” President Michael D Higgins told the Dublin conference.

Mr Higgins, quoting the society’s vice-president, said the Irish do not want to look back on this period “as one when the seeds of future social inequities were sown, but one in which the values necessary for a socially just, fair and caring nation emerged”.

Realisation of a fairer society will not happen on its own, he continued.

“Getting from extreme individualism to a social version of citizenship requires a journey that will bring a new discourse into being,” he said.

“The work is beyond a simple conversation, even if impelled and empowered by it. It also requires intellectual work and above all moral courage.”

He quoted Central Statistics Office figures which estimate that 700,000 citizens are in poverty while 5,000 are homeless, and referred to general concerns among many families about the security of their home.

These, he said, were serious obstacles to a genuinely inclusive citizenship. These are “life-draining impediments which can erect so many barriers between an individual and the society they wish to engage in”.

The St Vincent de Paul Society was, he argued, a working-out of the “radical and forward-thinking vision” laid down by Ozanam. Its 9,500 volunteers and 1,000 chapters across Ireland are an important voice for the vulnerable and the poor.

“There can be no doubt of the enormous contribution to society of St Vincent de Paul today,” he added.

Minister for Social Protection Joan Burton told the conference of her vision of a fair society with full employment. “The strongest protection against poverty is decent, secure and fairly paid work,” she said. “This has been my abiding political conviction since I first entered politics and it has informed me throughout my career.

“Sadly we live in a world where the availability of decent, secure and fairly paid work has contracted massively since the financial crisis.”

Ms Burton set out her vision for a new employment contract, stating: “I have long advocated a formal guarantee that any young person will receive training, work experience or an apprenticeship within a short period of becoming unemployed.

“I was therefore delighted to reach agreement on an EU-wide Youth Guarantee at February’s EU Council meeting, and look forward to making this guarantee a reality for young people.”

Questioning the austerity-only approach to the crisis, she advocated an EU commitment to full employment and said: “This re-examination of long-held theories by the IMF has not, as of yet, been reflected at euro group level, where in the wake of the Cyprus bailout there still appears to be an inexplicable preference for loading the costs of banking crises squarely on the shoulders of ordinary people and small business.

“Ordinary people everywhere are shouldering too much of the burden,” she said. She backed calls for a global initiative to counter tax evasion at June’s meeting of the G8 wealthiest industrial economies in Co Fermanagh.

The Minister said the EU should adopt a growth-led and full employment approach to the current crisis.

“I strongly believe that the debate has decisively shifted in Europe, ” she said. “The results of Italy’s election and the recent judgment of the Portugese Supreme Court point to an inescapable conclusion: that electorates in advanced societies have a limit beyond which they are not prepared to accept policies of austerity. I believe that we have reached the limits of austerity now.”

Writer and broadcaster Olivia O’Leary spoke of her belief in the need for work for the common and not just the individual good.

She said Ireland had “a national obsession with property” born out of a history of oppression, but added that this had led to “hysterical greed” for houses and property which ultimately led to disaster.

This drive for individual profit “had run roughshod over the common good” and was backed by the Constitution – an issue which had to be addressed if a better society was to be realised.

“A more equal society is better for everyone,” she said, adding that greater levels of fairness and social justice led to greater societal efficiency and more social mobility. She highlighted the social achievements of the Nordic economic model and contrasted it with the poor records of the Anglo-Saxon model in Britain and the US.

“We need a strong state” she said, making clear she did not mean a communist or totalitarian model, but rather one where the common good was recognised and catered for. This would mean higher individual taxes, but would also result in better services across society which would benefit everyone.”