The year in review: 12 months of big stories

The year began with devastating weather and followed up with political storms over ‘homophobia’ remarks, those cancelled Garth Brooks gigs and water charges. Cian Traynor refreshes our memory 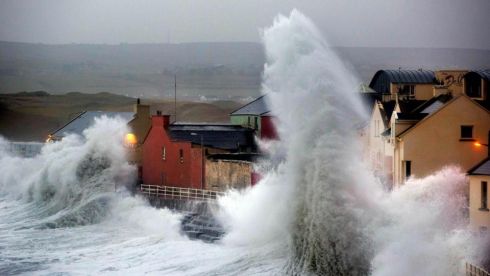 January 3rd
A succession of storms causes major damage, particularly in the west and south. Widespread flooding requires €70 million in reparation from the Government.

January 11th
Ariel Sharon, Israel’s former prime minister, dies aged 85, leaving behind a controversial legacy. He had been in a coma for eight years, having suffered a stroke while in office.

January 11th
Rory O’Neill, who performs under the name Panti Bliss, discusses homophobia on The Saturday Night Show. When RTÉ censors the video online, apologises and compensates the people mentioned, it sparks a huge campaign in support of both Panti and gay rights. 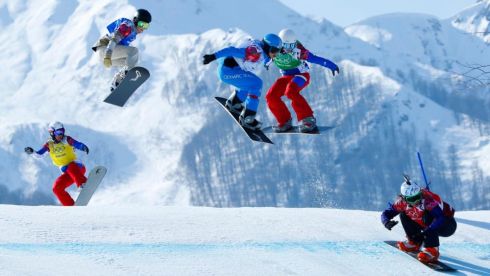 February 2nd
The actor Philip Seymour Hoffman is found dead in New York. The 46-year-old is later found to have died from acute mixed drug intoxication.
February 7th
The Winter Olympics open in Sochi, Russia, amid criticism over the rights of LGBT people and the fact that it is the most expensive Olympics in history.
February 11th
The US entrepreneur and TV personality Donald Trump buys Doonbeg golf resort in Co Clare, pledging to invest ¤45 million in its redevelopment as Trump International Golf Links and Hotel.
February 13th
Belgium becomes the first country to lift age restrictions on the right to die, legalising permitted euthanasia for terminally ill children. 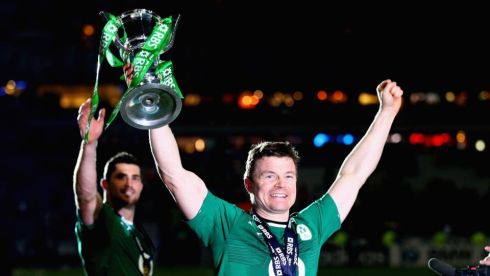 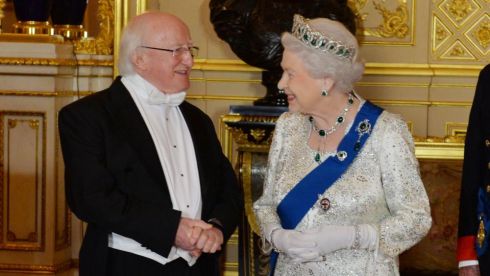 April 8th
President Michael D Higgins and his wife, Sabina, are welcomed by Queen Elizabeth at Windsor Castle to mark the first state visit to the UK by an Irish head of state.
April 14th
The Islamist militant group Boko Haram kidnap 276 Nigerian schoolgirls from the northeastern village of Chibok. The online campaign Bring Back Our Girls harnesses international condemnation of the incident, although most of the girls remain in captivity.
April 16th
A Korean ferry, MV Sewol, capsizes after carrying an unmanageable cargo load, killing more than 300 of its 476 passengers. The ship’s captain is later sentenced to 36 years in prison for gross negligence. 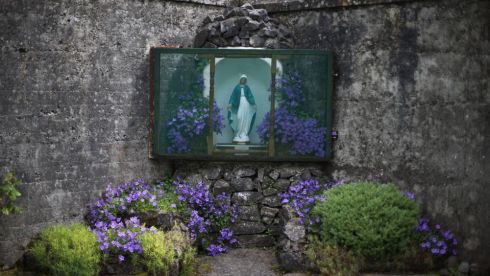 May 13th
An explosion at a coal mine in Soma, Turkey, leads to an underground fire that kills 301 people, making it the country’s worst mine disaster.
May 25th
It emerges that 796 children died at Bon Secours mother-and-baby home in Tuam, Co Galway, between 1925 and 1961 without burial records. The story generates widespread media coverage, leading the Government to establish a commission of inquiry.
May 30th
A European Union court ruling on the “right to be forgotten” requires Google to remove irrelevant or outdated personal data from its search results upon request. More than 12,000 such requests are submitted to the company within the first 24 hours. 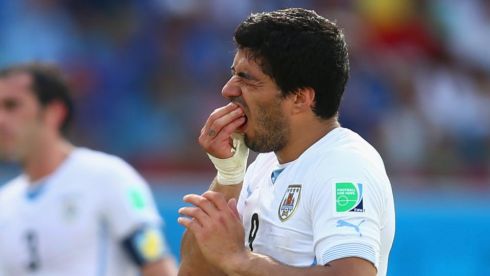 June 12th
Three Israeli teenagers are murdered in the West Bank, triggering a chain reaction of Israeli bombardment, Palestinian rocket fire and more than 2,200 casualties (mostly civilians) in Gaza.
June 26th
The Uruguayan soccer star Luis Suárez is expelled from the 2014 Fifa World Cup and suspended from football for four months after biting Giorgio Chiellini in his team’s 1-0 win over Italy. Germany go on to win the tournament.
June 30th
Rolf Harris is convicted of 12 counts of indecent assault between 1968 and 1986. The 84-year-old Australian entertainer represents the most high-profile conviction under Operation Yewtree, a UK investigation launched following the Jimmy Savile sex-abuse scandal. 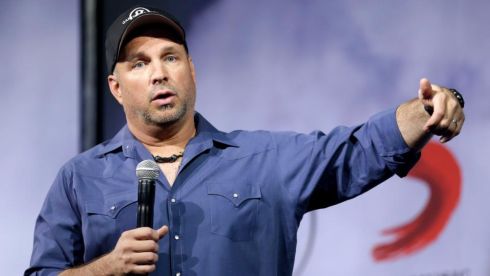 July 4th
Joan Burton becomes the 11th leader of the Labour Party, after a landslide victory over Alex White. She becomes Labour’s first woman leader and is appointed Tánaiste the same day.
July 8th
Five Garth Brooks concerts at Croke Park are cancelled after Dublin City Council refuses to license two of the shows due to objections from residents.
July 14th
A landmark vote by the Church of England allows women to become bishops. Its governing body agrees to the legislation 22 years after first determining that women could be ordained as priests.
July 17th
Malaysia Airlines Flight 17 crashes in Ukraine. The airliner is shot down by a missile while en route from Amsterdam to Kuala Lumpur, killing 283 passengers and 15 crew members. 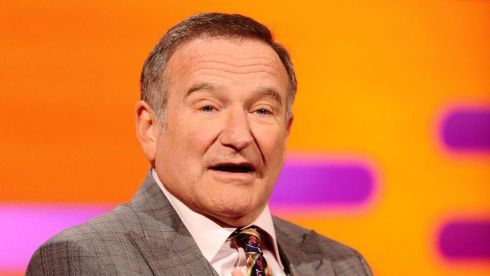 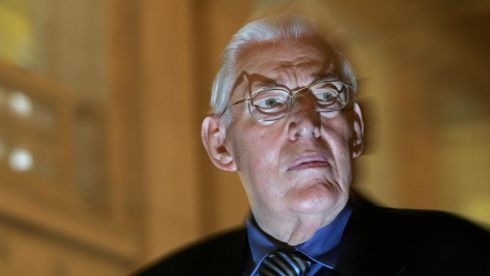 September 12th
Ian Paisley, former DUP leader and first minister of Northern Ireland, dies aged 88.
September 12th
Oscar Pistorius is found guilty of culpable homicide and reckless endangerment following the fatal shooting of his girlfriend Reeva Steenkamp. The South African athlete is later sentenced to five years in prison.
September 19th
Scottish voters turn out in record numbers and vote No to independence, ensuring the country’s 307-year-old union with England and Wales remains in place.
September 28th
A pro-democracy protest in Hong Kong escalates in response to a police crackdown. More than 100,000 people join the Umbrella Revolution, so called because umbrellas are used to shield against water cannon. 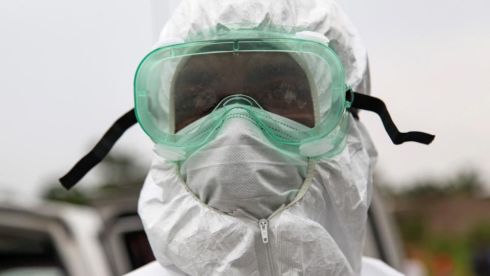 October 2nd
The financial institution JP Morgan Chase discloses that hackers accessed contact information from 83 million accounts in a prolonged cyberattack, making it one of biggest data breaches in history.
October 14th
The World Health Organisation announces that 4,447 people have died from the Ebola outbreak and warns that the epidemic could reach 10,000 new cases a week within two months.
October 15th
Maíria Cahill tells the BBC’s Spotlight programme that she was raped by a suspected IRA member as a teenager and then questioned about her allegations during an IRA internal inquiry. The Sinn Féin leader Gerry Adams insists that no cover-up took place and that claims relating to him in the programme are untrue. 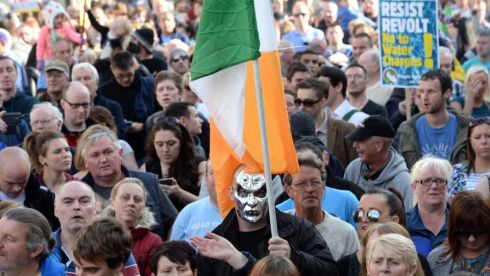 November 12th
A spacecraft successfully lands on a speeding comet for the first time in history. The European Space Agency’s Philae probe touches down on comet 67P/Churyumov–Gerasimenko, 500 million kilometres from Earth and 10 years after its mission began.
November 19th
In the face of sustained opposition to water charges, the Government announces a revised payment scheme that will cap rates until January 2019 and scrap the registration of PPS numbers. Protesters vow to continue until all charges are abolished.
November 20th
President Obama announces sweeping plans to reform US immigration policy, shielding nearly five million undocumented migrants from deportation. Republicans promise to challenge the executive action. 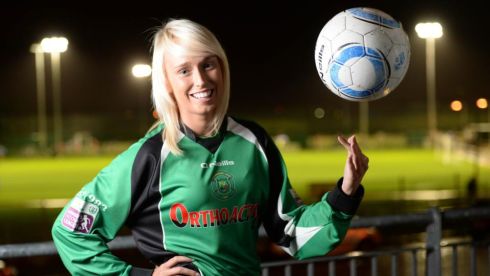 December 1st
Irish soccer player Stephanie Roche is shortlisted for Fifa’s Puskás Award, alongside Robin van Persie of Manchester United and James Rodríguez of Real Madrid, for scoring the year’s best goal.
December 3rd
A grand jury decides not to indict a New York police officer over the death of Eric Garner, an unarmed black man he put in an apparent chokehold for 19 seconds. Amid widespread protests, a federal civil-rights investigation into the incident is launched.
December 9th
The US Senate releases a report detailing secret torture by the CIA in the years following the 9/11 attacks. It finds the agency misled the White House and the public about the nature of its interrogation techniques, which failed to yield life-saving intelligence.