The Question: Should media pay criminals for their stories?

Appearing in her first interview since being released from Peruvian prison, Michaella McCollum insists she is 'not a bad person'. Video: RTÉ 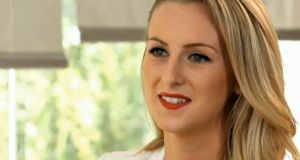 There was a lot of interest in her story, of course: 550,000 people tuned in to watch the Tyrone woman tell Trevor Birney how she ended up trying to smuggle cocaine worth more than $1 million out of Peru, and her consequent two years in prison there.

But many of those viewers were struck by the absence of tough questions about how she came to be in the situation: the 23-year-old’s glamorous makeover was more revealing than many of her answers.

The soft-focus tone prompted many to wonder whether McCollum (above) had been paid to take part, which Birney and his colleagues denied. In any case, the approach suggested that the Dungannon woman will be well positioned to capitalise on her notoriety when the opportunity arises.

The ethical issues of convicted criminals profiting from their crimes have been at the centre of many high-profile cases. In the US, statutes to prevent criminals from selling the rights to their stories are called Son of Sam laws, after the nickname of the New York serial killer David Berkowitz, who killed seven people in a shooting spree in 1976 and 1977. His high profile led to concerns that he would sell his story, and laws were enacted to prevent criminals from taking advantage of their infamy.

But a US supreme court ruling in 1991 over the book Wiseguy, about the mobster Henry Hill, which Martin Scorsese turned into Goodfellas, ruled that many Son of Sam laws were overly broad.

A more recent case also concerns a Scorsese true-crime film: in 2011 Jordan Belfort received just over $1 million for the film rights to his book The Wolf of Wall Street. That year he paid just $21,000 towards a victims’ fund for the investors he had defrauded out of $200 million. Belfort, who has built a motivational-speaking career on the back of the film, says he isn’t profiting from his crimes.

It’s not clear who is being conned here. The fundamental issue is that crimes have victims, directly or indirectly – and when criminals profit from their crimes, even after being penalised, we are, to an extent, all being victimised again.