‘Disturbing levels of poverty’ in countries worst hit by recession, including Ireland 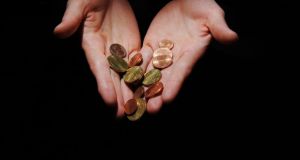 The threat of long-term unemployment and inactivity is exposing young people in Europe to poverty, material deprivation and the possibility of “wage scarring’’ throughout their lives.


A study by Social Justice Ireland says nearly a quarter of economically active young people in Europe are unemployed.

It warns that the threat of long-term unemployment and inactivity is exposing young people in Europe to poverty, material deprivation and the possibility of “wage scarring’’ throughout their lives.

Director of Social Justice Ireland Dr Sean Healy said the prioritisation by the EU and its states of economic policies, at the expense of social policies, during the current crisis was having a devastating impact .

“Their failure to provide concrete support on the scale required to assist those experiencing difficulties, to protect essential public services and create employment, is likely to prolong the crisis.”

Examinations
The report, The Economic Crisis and its Human Cost – A Call for Fair Alternatives and Solutions, is the second of a series of in-depth examinations of the impact policies are having on people in EU countries worst affected by the crisis.

It says Ireland has a very high rate of youth unemployment and one of the highest of young citizens not in employment, education or training. The “at risk of poverty rate” among those between 18 and 24 years in Ireland almost doubled between 2008 and 2011 and currently stands at 26.7 per cent.

Cuts in healthcare budgets in Greece and Spain should, it says, act as a warning to Ireland of what might be in store in terms of the negative health impact on people.