Road deaths in 2015 are second lowest in over half century 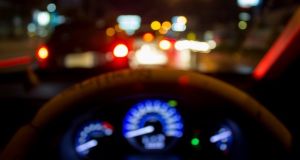 A total of 165 people died on the State’s roads in 2015 - the second lowest number since records began.

Some 165 people died on the State’s roads in 2015 - the second lowest number of road deaths since records began in 1959.

Provisional figures from the Road Safety Authority (RSA) show there were 165 fatalities during the year - 28 fewer than in 2014 and a total drop of 15 per cent.

“It is also the second lowest number of road deaths since recording began in 1959. The safest year was in 2012 when 162 lives were lost.”

Chief Supt Mark Curran of the Garda National Traffic Bureau welcomed the reduction in road deaths but noted that 20 people had died on Irish Roads in December, with 15 killed in the last two weeks alone.

He said this made it the worst December for road deaths since 2007.

A total of 41 people were killed in incidents on rural roads compared with 21 deaths on urban roads. Twelve people died in motorway or dual carriageway incidents, according to the PSNI figures.

Thirty-four of those killed in the North were drivers, 17 were passengers, 19 pedestrians and four motorcyclists died in accidents.

Minister for Transport Paschal Donohoe said that while every death on the roads was “one death too many”, he hoped the figures for the Republic would reflect a return to the steady progress being made up to 2012 to make the roads safer for everybody.

“A reduction of 15 per cent in the number of fatalities is a positive development but the number of lives tragically lost, especially in recent weeks, reminds us that we must continue to focus on the most effective ways of reducing the number of deaths and serious injuries on our roads,” he said.

Mr Donohoe said he would be progressing legislation in January to tackle drug driving.

He asked that all motorists, cyclists and pedestrians play their part this year in making our roads as safe as they can be.

Chair of the RSA Liz O’Donnell said it was difficult to describe 2015 as a “success” when 165 people had died on the roads “and especially after the carnage we witnessed in the final weeks of year”.

“But the number of people being killed on the road is the only way we can measure success or failure - and it’s important that people know progress is being made and their efforts are making a difference,” she said.

“So, to put it simply, because road users took greater care on the road last year, they saved one life every two weeks compared to 2014. But we can save so many more lives - and my appeal to all road users is to make a pledge to practise more good road safety habits in 2016.

“I would also urge people to be extra vigilant over the next few weeks of anticipated bad weather and resultant flooding.”

Ms O’Donnell said it was important to acknowledge and thank those on the “front line” in road safety, including gardaí, ambulance and paramedic crews, fire brigade personnel, nurses, doctors and carers.

RSA chief executive Moyagh Murdock said the agency’s focus this year would be on the challenges posed by driver distraction, in particular mobile phone use, and “the consequences of this behaviour for vulnerable road users”.