QUESTION: Can a Pirate Party take power in an election?

The Icelandic Pirate Party didn't do quite as well as polls had predicted, a recurring issue for outsider activist parties 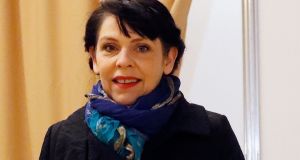 Before election day, most polls showed a surge in support for an insurgent outsider promising to remake the political landscape, with voters angry at the “corrupt” status quo.

That summary could describe any number of recent elections, but last weekend it wast the turn of Iceland, with the narrative twist being that the insurgent outsider was the Icelandic Pirate Party.

In the event, however, the Pirate Party failed to perform as well as the polls had indicated – despite more than tripling their seats to 10, the alliance of centre-left parties fell short of the numbers required to form a coalition.

That result echoed the fate of other outsider parties – for instance, Podemos, the left-wing party that threatened to upend Spanish politics, underperformed expectations at successive elections.

That late fall in support seems to be a recurring problem for activist groups as they try to transition to become conventional political parties.

In an interview with this writer in 2013, the founder of the original Swedish Pirate Party movement Rick Falkvinge discussed how it originally grew out of the debate surrounding file-sharing and digital copyright enforcement, and related issues such as online privacy.

“Originally I didn’t want to get elected, I just wanted politicians’ attention for something I thought was important,” said Falkvinge. “I thought we could get their attention by making it personal to them, essentially challenging them over their jobs, on election day at the polls.”

That is classic political activism, not dissimilar to the Green Party in its early days. But political activism is different from governance – above all, activists can take absolutist positions on issues without the need to compromise.

While both the Pirate Party and the Greens have found some electoral success, their real validation ultimately comes from the slower process of pushing their policy agendas and ultimately by making the issues mainstream enough that conventional parties adopt them. Admittedly, it’s not quite as buccaneering as storming the parliament on election night, but it is democracy in action.