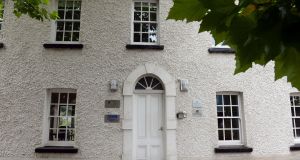 The office of Pro10 in Lucan in Dublin. The company has said it utterly rejects any insinuation it has been involved in selling tickets at inflated prices, ticket touting or scalping. Photograph: Eric Luke/The Irish Times.

Pro10, the Olympic Council of Ireland’s authorised reseller of tickets for the Rio Games, insists it has acted properly in its dealings at all times.

The company issued a statement after Brazilian authorities issued arrest warrants for its three directors.

The company said it “utterly rejects any insinuation that they have been involved in selling tickets at inflated prices, ticket ‘touting’ or ‘scalping,’”. It added that it abhors such practices.

“Pro10 is appalled that allegations are being made against the company without any attempt to ascertain the facts,” the company said. “The Brazilian authorities seem to be dealing with these extremely serious allegations through the media and no contact has been made with Pro10.”

Pro10 said allegations that some of the Olympic Council of Ireland’s (OCI) family and friends tickets were being made available by it for general sale “is completely untrue and completely without foundation”.

Police in the city arrested Olympic Council of Ireland president Pat Hickey earlier this morning on foot of a warrant from the same court that ordered the dentition of Irish man Kevin Mallon on August 5th.

Police allege Mr Mallon, an employee of THG, a British ticketing and sports hospitality agency which was the OCI’s authorised ticket reseller for London 2012 and Sochi Winter Games in 2014, held hundreds of tickets for the Games. THG is owned by Marcus Evans, the billionaire owner of Ipswich Town football club.

The company said on Wednesday it will “vigorously defend” its reputation and contest unsubstantiated and false allegations.