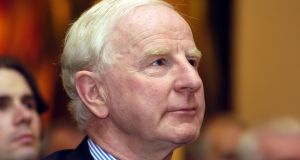 Pat Hickey has been arrested in Rio as part of the investigation into alleged ticket touting.

Three officials from the Olympic Council of Ireland (OCI) are due to be questioned by Rio de Janeiro police on Tuesday over the ticket touting controversy that led to the arrest of OCI president Pat Hickey.

The OCI has confirmed that Dermot Henihan, Kevin Kilty and Stephen Martin have agreed to go to a local police station. Passports belonging to the three men were seized by police on Sunday morning in a search of two locations being used by the OCI delegation at the Olympics.

Mobile phones, computers and a significant quantity of tickets were also taken in the search. The OCI said in a statement they were “an allocation of unused official tickets in their offices which had been made available for athletes’ families and friends”.

Police sought a court warrant to seize the men’s passports to prevent them from leaving the country until after they had been interviewed about OCI ticketing.

A police statement released on Sunday said investigators saw indications they “were also involved in the illegal sale of tickets”.

But Mr Delaney was not registered as a guest at the Rio de Janeiro hotel listed as his local address on the warrant.

The Windsor Oceânico hotel said it had taken no reservation in the name of the chief executive of the Football Association of Ireland or that of his partner. It is not clear if he was in Brazil during the Olympics which ended on Sunday night.

Police are due to hold a press conference on Tuesday will provide more details about their investigation. Monday was a municipal holiday in Rio.

Investigators said they sought to question the OCI officials after Mr Hickey told them at an interview last Thursday that it was the executive committee of the OCI that decided to nominate British company THG to be its authorised ticket reseller for the Rio Olympics.

Rio’s organisers rejected THG’s application and as a result the company was not authorised to sell tickets or hospitality packages for the event.

On August 5th, THG’s Dublin finance director Kevin Mallon was arrested in Rio in the possession of 823 OCI tickets and accused of touting.

Rio’s police claim to have uncovered a scheme that saw OCI tickets passed to Mr Mallon via the OCI’s official ticket vendor Pro10, in order to circumvent the rejection of THG’s application.

Mr Hickey, Pro10 and THG have denied any wrongdoing.

Mr Mallon is sharing a cell with Mr Hickey in a remand prison in the west of Rio. In a bid to get him out of prison his lawyers have applied for habeas corpus with Brazil’s supreme court.

It remains unclear when Mr Hickey will face a judge following his arrest on Wednesday at the luxury hotel that housed the International Olympic Committee delegation during the Olympics.

On Sunday, International Olympic Committee president Thomas Bach said he would come before one on Tuesday. But a spokesperson for Rio’s justice system said as yet no date has been set for a court appearance by Mr Hickey.

A judge could decide to throw out the police case against him, or accepting it, decide to release him from prison while the investigation continues.