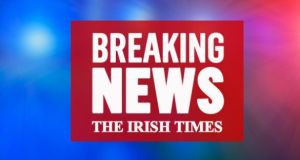 Gardaí in Co Tipperary are investigating a fatal road traffic collision in which a woman was seriously injured and pronounced dead at the scene.

The collision, in which the 39-year-old pedestrian was killed, occurred at Moyneard, Moyne, Co Tipperary, shortly after 4pm on Tuesday on the Moyneard Cross to Shanballyduff Cross road.

Elizabeth Balfe, who worked in a local nursing home, was to be married in a few weeks time, and was believed to be planning on picking up her wedding dress on Wednesday.

An air ambulance landed at a nearby athletics track, however the woman - orginally from Co Kildare but living locally in Co Tipperary - was taken by road to Limerick Regional Hospital.

The 55-year-old male driver of the van was physically uninjured in the collision.

The road was closed until Wednesday morning to facilitate a forensic collision examinationa.