Dead man believed to be a Polish national in his 30s 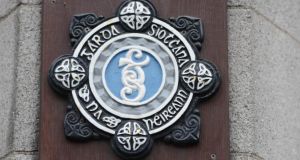 Gardaí in Cork are to carry out DNA tests to try and identify a motorcyclist killed when his bike hit a wall on the main Cork to Macroom Road on Sunday afternoon.

The man suffered horrific injuries in the crash at the entrance to John A Wood’s pit at Garryhesta in Ovens at around 5.15pm on Sunday.

The man’s injuries were so extensive that gardai have had to use DNA tests and dental records to try and identify him.

Gardaí believe the deceased is a Polish man in his 30s. His brother and sister have travelled from Dublin to provide gardai with DNA samples to match to that of the dead man.

Gardaí have also requested dental records from Poland to try and positively identify the victim.

Two units of Ballincollig Fire Brigade along with local gardaí and members of the Cork City Traffic Corps attended at the scene as did HSE ambulance personnel.

The road was closed temporarily to allow a forensic crash investigator carry out an examination of the scene.

Gardai say that they are working to prepare a file on the man’s death, which will include post-mortem results, for an inquest at the Coroner’s Court for South Cork.

An appeal has been issued to anyone who may witnessed the collision to contact gardaí at Ballincollig Garda Station on 021-4871222.