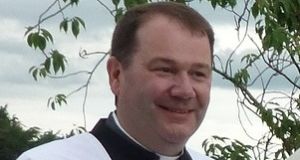 Fr Patrick McGinn (56), St Joseph’s Presbytery, Park Street, Monaghan, was disqualified from 31st January next year, but he was not fined for the offence.

A Catholic priest in Monaghan has been given a three-year driving ban this week after he was found to be over four times over the blood alcohol limit when he was stopped at a Garda checkpoint.

Fr Patrick McGinn (56), St Joseph’s Presbytery, Park Street, Monaghan, will be disqualified from January 31st next year, but he was not fined for the offence, which was described by his solicitor as “out of character”.

The priest, who is the Cathedral Administrator for the Monaghan & Rackwallace parish, received a ban at Monday’s sitting of Monaghan District Court - but he was not referred to as a priest during the short hearing.

Fr McGinn, who appeared before Judge John Cheatle, pleaded guilty to a charge of driving with excess alcohol at Aghananimy, Monaghan town on 6th July last.

There was a smell of intoxicating liquor from the defendant, Inspector O’Connell said, and he was subsequently arrested. An intoxilyser test at Monaghan Garda Station showed a reading of 94mcg/100ml in breath. The legal limit for the holder of a full Irish licence is 22mcg.

Handing a number of documents from the defendant’s GP into court, Mr Brian Morgan, solicitor, said his client had been going through a “particularly stressful” period at the time.

What happened on this occasion was “out of character”, and certainly wouldn’t happen again, Mr Morgan told the judge.

Upon having it confirmed that Fr McGinn had no previous convictions, the judge imposed the mandatory three-year driving disqualification that arises in cases where the reading in breath exceeds 66mcg.

At the behest of Mr Morgan, the judge agreed to postpone the disqualification until 31st January 2018.