McGuinness’s charm brought him a long way in politics 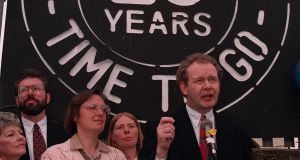 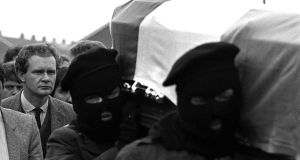 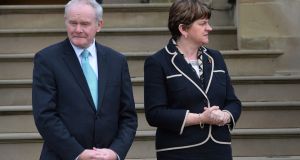 If Martin McGuinness, as they say in his native Derry, had been at himself in recent months, then Northern Ireland politics might not be in such a mess. Simple qualities such as charm and good manners can break down political barriers where tactics and strength in numbers could not.

McGuinness has those qualities. Since making the transfer from IRA paramilitarism to Stormont politics, he has used them mostly wisely and well. He won over Ian Paisley and, with some qualifications, Peter Robinson and had he been in better shape, he also might have persuaded Arlene Foster down a different path.

The DUP and Foster made mistakes in this debacle, but so did Sinn Féin. It need not have come to this. A less weakened McGuinness might have employed conciliatory strengths that Gerry Adams does not have.

Now, Northern Ireland seems set to face an ugly election, followed by negotiations that will be nasty and probably long. A compromise cannot be ruled out, but it is unlikely.

Adams, McGuinness and senior Sinn Féin people went to the brink before Christmas with the former deputy first minister’s threat to resign unless Foster stood aside over the “cash for ash” calamity.

Barely into 2017, they decided to go over the brink, bringing the rest of Stormont with them, unless Foster decides between now and Monday to wear some sackcloth and ashes and step aside.

It is reasonable to speculate that had McGuinness been in better health, his diplomatic skills could have been used to steer Foster on a better course.

However, it was not to be. On December 9th he intervened to call on Foster to stand down temporarily pending an investigation into the Renewable Heat Incentive (RHI) controversy.

She treated it as an ultimatum, prompting the type of negative response that every junior student of Northern Ireland politics knows happens when ultimatums are made.

However, she would not step down. Foster now says she is open to new talks with Sinn Féin. The coming days will tell whether the die truly is cast or whether there is yet another twist.

McGuinness’s formal transition from paramilitarism to political activism to ministerial office happened in the chamber of the Northern Assembly in 1999.

There were gasps from unionist and some nationalist benches and from the public gallery when he was nominated to take over the department of education.

The idea of an “IRA godfather in charge of our children’s education” was anathema to most unionists. For many, it crystallised the understanding that the 1998 Belfast Agreement changed everything.

Earlier in life, McGuinness was a leader in a ruthless organisation that killed 1,800 people; he was described by British soldiers as one who “would have been Sandhurst material” in a different world.

Just like many of those soldiers, McGuinness was able to detach himself from the horrors of the Troubles to which he was so central and transfer himself to political life.

During the Belfast Agreement talks Adams and McGuinness were so determined to win over unionists that David Trimble felt accosted by them as he went to the toilets in Stormont’s Castle Buildings.

Such persistence drove unionists to distraction, but equally McGuinness was not deterred. As a minister, he was was equally dogged.

For the following eight years Northern Ireland stopped and started as issues such as decommissioning, the IRA’s existence and policing were tackled. In May 2007, he and Ian Paisley took over as deputy first minister and first minister.

Serial optimists expected that these icons of unionism and republicanism would work grudgingly together. But a miracle happened and he “Chuckle Brothers” were born.

Paisley had a habit of describing McGuinness as “the Deputy” but sensibly he just brushed it off and got on with business. Most were happy at that astonishing transformation.

When Paisley had to make way for Peter Robinson, the expectation was that the Brothers Grimm would replace the Chuckle Brothers. In truth there was less amiability about Stormont Castle.

One man who has politically soldiered with him for many years said he had never met anyone with better “personal skill sets than Martin McGuinness”.

“It didn’t matter who he was dealing with, whether President Clinton or Bush or the doorman at Stormont, he took time with people, and people responded to that,” he said.

And it wasn’t all plámás. McGuinness took risks to try to keep politics and community relations moving forward. One of the big moments was in 2009 when he joined Robinson and then PSNI chief constable Sir Hugh Orde to describe the dissidents who that year killed two British soldiers and a PSNI officer as “traitors to the island of Ireland”.

Another significant moment was meeting Queen Elizabeth in Belfast in 2012. What made such occasions particularly effective was that McGuinness acted with grace and generosity, qualities often absent in Northern Irish political life.

A year ago when Robinson moved aside for Foster there was an anticipation that relationships between the DUP and Sinn Féin would strengthen. Certainly McGuinness thought so when he said: “It’ll be fine, Arlene’s up for it.”

It didn’t work out like that. The RHI scandal scuppered that hope. Now other issues such as the Irish language, the past and basic respect are being added to the mix by Sinn Féin.

McGuinness has invested much in the project. While Adams has concentrated more on issues such as the party’s long-term strategy to achieve a united Ireland, McGuinness has been more about achieving an “agreed Ireland” and making politics work in the North.

It’s a double act that has served the interests of Sinn Féin very well and now there is a serious question over whether he can return to the fray. Inevitably, if this marks the conclusion of McGuinness’s political career it will also pose questions about how long more Adams will be at the Sinn Féin helm.

The now frail former deputy first minister who used his political talents to build up a legacy that seemed as much to do with unionist and nationalist reconciliation as with republicanism may, at the possible end of his political career, see it all come tumbling down in enmity and recrimination.