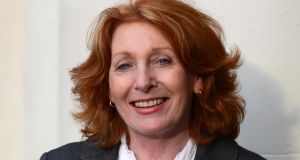 Kathleen Lynch: said politicians ‘cannot be expected to carry the argument on their own’ when it comes to the marriage equality referendum. Photograph: Alan Betson

Campaigners for equal marriage rights in the forthcoming referendum should not rely solely on political parties, but should mobilise other groups in civil society to campaign on the issue, a minister has advised.

Minister for State at the Department of Health Kathleen Lynch told a public meeting in Cork last night that successive governments have had a patchy record on winning referendums in recent years.

She cited the results of Nice 1, Lisbon 1, the abortion referendum in 2002, the Oireachtas Inquiries referendum and the Seanad abolition referendum, which were all defeated, while the Children’s Rights and Fiscal Treaty referendums were only with narrow majorities.

“Politics and politicians are not very popular at the minute . . . Yes the main political parties are supportive of this issue and will mobilise in support of it, but they cannot be expected to carry the argument on their own,” she told the meeting on marriage equality, organised by gay rights activists.

Recent opinion polls have showed up to 75 per cent of Irish people favour marriage equality, but campaigners should be prepared for this level of support to become less solid once issues such as parental rights, adoption and children are introduced into the equation, she said.

Ms Lynch said campaigners should focus on middle Ireland as it “will not be won in the large cities and Dublin 4” but by convincing middle Ireland, who are generally conservative and put off by extremes, and in that regard it was important the debate was kept free of hysteria.

It was important, therefore, to say early on what the referendum is about and more importantly what it is not about.

She said the forthcoming Children and Family Relations Bill was important as it would clarify that LGBT couples have the same adoption rights as heterosexual couples and she believed that would make the marriage equality referendum less complicated.