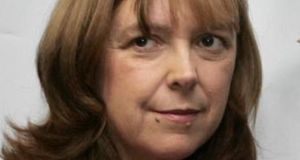 A Practical Guide to Assisting Integration for Local Authorities was presented by Emer Costello, MEP, at Dublin’s Wood Quay.

The guide aims to strengthen integration through involvement between migrant communities and County Councils and was developed after three years under the project, Civic Participation of Third County Nationals through Local Authority Platforms.

‘’I think this program that we are launching here today very much reflects what’s coming through at the European level and I think it could be built on,’’ Ms Costello said.

‘’Hopefully the New Communities Partnership, Dublin City Council and other local authorities will be able to access European funding to develop and sustain these particular models that have actually proven to be so successful.’’

‘’The success of this heavily relies on the local authorities,’’ said Issah Huseini, CEO of New Communities Partnership. ‘’Without them we couldn’t have achieved anything because it involves making a lot of changes from within.’’

The guide outlines four objectives: increase civic engagement by encouraging migrants to vote in local and national elections and learn about Irish history, politics, and culture; recruit Intercultural Liaison Volunteers who serve as the link between communities and the local authorities; create work placements for migrants within local authorities to provide migrants with work experience at credible Irish organizations; and create local forums that act as a platform for leaders from various migrant groups to discuss issues with the council as one voice.

Although today officially marked the end of the project for the New Communities Partnership, the guide and training the city councils received will serve as tools to continue working to promote integration in all four counties.

‘’We have done it for three years now,’’ said Mr Huseeini. ‘’Our engagement is now limited but we will still be there to support them.’’

Mr Folan spoke about Dublin’s changing demographics. ‘’We are a different society,’’ he said. ‘’We are a more diverse society and we have to work very hard to…demonstrate that we are an open city.’’