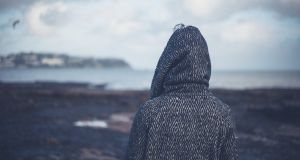 A Korean woman who has a six-year-old son has died at a direct provision centre in Cork. File image: Getty.

A memorial service for a Korean asylum seeker who appears to have taken her own life, will be held by residents at her direct provision centre over the weekend.

The woman, in her 30s, is understood to have died in her bedroom at the centre in Cork city, on Tuesday evening. She had a son, aged six, who is now in the care of Túsla.

A spokesman for the Department of Justice said: “It was with deep regret that the Department learned...of the death, in what appears to be tragic circumstances, of a person...residing in the Kinsale Road Accommodation Centre.

“It is understood that this person was receiving support services form Cork University Hospital. The exact circumstances of the death are being investigated by the Garda Síochána.”

Lucky Khambule, spokesman for the Movement of Asylum Seekers in Ireland (MASI), met residents on Wednesday.

“She had been here for about a year. She had on occasions been to the doctor and she was evidently a quiet, sad person.”

He said her son had been playing outside the room with another child and tried to enter the bedroom. “They were knocking and knocking and nothing was happening. So they went to the security guard.” The member of staff gained access to the room where the woman’s body was found.

Contrary to previous reports, she was not found by her son but by the staff member.

Mr Khambule said the boy was “crying and crying until social services came and took him away last night. They are looking after him. There is no family here whatsoever.”*

“The residents have decided they will hold a procession with flowers and candles, and lay them at the block where she lived.”

This was the second such incident in a direct provision centre since 2002, the spokesman said. Counselling and other supports would be provided to residents by the HSE, he said.