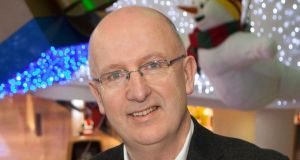 Lisa Hannigan, Mick Flannery, Cathy Davey, Declan O’Rourke and Damien Dempsey are among the artists featuring on the album A Murray Christmas 2 .

The songs covered include Stop the Cavalry, O Holy Night and Happy Xmas (War is Over).

Murray alluded to his own experience of depression when he said: “There’s hardly a family in Ireland that hasn’t been touched by mental illness, as I know only too well. It is so important for people to have the support they need in tough times.”

Murray’s bout of depression saw him take six months off last year. “Depression took a fancy to me and decided to take up residence for a few months, and boy, did it make its presence felt, especially in the mornings when the day ahead became something to endure rather than enjoy.”