Irish women’s access to UK abortions in doubt after Brexit 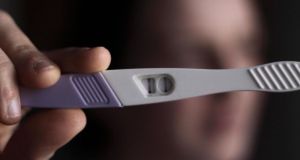 Professor Sam Coulter-Smith, a former Master of the Rotunda Hospital, says Irish women’s freedom to travel to the UK for an abortion could be in doubt after the Brexit vote.

His comment comes following a report that 26 abortions were carried out in Ireland last year under the Protection of Life During Pregnancy Act.

UK records show 3,451 women gave an address in the Republic when attending clinics in England and Wales in 2015, more than nine a day.

Prof Coulter-Smith says it is not clear how many women may have travelled to the UK for an abortion due to fatal foetal abnormalities.

He also suggested that any change in Ireland’s arrangements with Britain could affect these women’s right to travel.

“In the same way as if they choose to travel, that path needs to be supported.

“I suppose one of the fallouts from the recent potential exit of the UK from the EU is that the freedom of travel may be affected - and that will be something which will be important for this group of patients.”