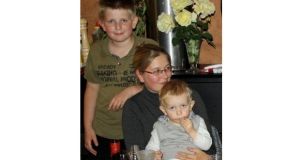 Danish police are continuing to investigate a fatal car crash in which three children, whose father is Irish, lost their lives.

The incident occurred in the Northern Jutland area of Denmark on Tuesday morning and was described by police as the region’s worst crash in recent memory.

The three children who were killed – Soren (11), Saoirse (9) and Conor O’Shea (3) – were nieces and a nephew of the well-known chef Kevin Dundon.

They had been living in Australia with their parents, who had moved there some 10 years ago.

Their father, named as Brian O’Shea, was not in the car at the time. His wife Maria (39), the children’s mother, who is a Danish citizen, and their youngest son of five months were in the front seats and survived with only superficial injuries.

Their car, a Citroen Berlingo, had been in the process of taking a left hand turn when it collided with an oncoming vehicle just before 10am, close to the town of Sindal. The male driver of the other car was unhurt but badly shaken.

Danish police have said that according to witness accounts and to an interview with the children’s mother, the driver of the oncoming car could do nothing to avoid the impact.

“The children’s mother is completely in shock and we are trying to help her,” police spokesman Christian Brinck said. “Also the 39-year-old male [driver of the other vehicle] is also in shock. He is physically fine but he is in shock. It was not his fault.

“[Mr O’Shea] came to the scene of the accident some time after it occurred and drove to the hospital shortly after.”

The children’s mother was able to meet police in the aftermath of the crash, although it is unclear if she remains in hospital.

According to reports, the family had been visiting relatives in the country when the crash took place. “I can’t remember when we had such a terrible car accident up here in Northern Jutland,” said Mr Brinck.

A police investigation into the cause of the incident is ongoing.

Here, the Minister for Transport Leo Varadkar issued a statement of support to Mr Dundon over the death of his nieces and nephew. Mr Dundon is a board member of Fáilte Ireland.

“I want to express my deepest condolences to Mr O’Shea and his wife Maria, as well as Kevin and Catherine [Dundon], on their loss,” he said.