Owners of Aberdeen Lodge have offered to repay €1.25m in debt secured on the property 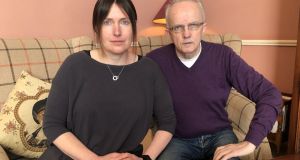 US investment bank Goldman Sachs will on Thursday move to take possession of a boutique hotel in Dublin 4, on the back of almost €26 million in boom-era borrowings.

The repossession order has been fought for years by the owners of Aberdeen Lodge, who insist the guesthouse, which is also their home, is not liable for repossession on foot of the full sum owed. They have offered to repay €1.25 million in debt secured on the property.

However, according to a legal letter seen by The Irish Times, receivers appointed by Goldman Sachs have told the occupants – Ann Keane and Patrick Halpin – they intend to take possession of the property on Thursday morning an foot of an order which they first secured in 2013.

The letter warns that if there is a failure to hand over possession peacefully, the receiver “fully reserves his right to issue a further motion for attachment and committal against your clients”.

Ms Keane and Mr Halpin live at the address along with their two children. Speaking to The Irish Times, Ms Keane said she had no intention of providing vacant possession to the receiver, who was appointed by Kenmare Property Finance, an Irish-based subsidiary of Goldman Sachs, which the firm uses to control some of its Irish loans.

“I’m not going anywhere on Thursday. This is my home, my only income, my business – I don’t have anywhere to go. This is how I provide for my children and family,” Ms Keane said. She said she had been making repayments on a mortgage of roughly €1 million owed on the property, and disputes the fund has any right to repossess Aberdeen Lodge.

However, the receivers have argued since 2012 that the guesthouse was subject to complex cross-guarantees offered by the company which owns it – called Elektron – for €25 million borrowed from Irish Nationwide during the boom, and which was destined for a failed hotel project on Merrion Road.

Crossplan Investments, which is controlled by Mr Halpin, had borrowed the money for the hotel project. On foot of the guarantees, receivers acting for Goldman Sachs successfully sought a possession order over Aberdeen Lodge in 2013.

Since then, Ms Kean and Mr Halpin have fought a protracted courtroom battle to stay in their home, disputing the validity of the cross-guarantee between the two companies. In 2016, a set of proceedings – described by lawyers for Goldman Sachs as an attempt to “stymie possession” – was dismissed as an abuse of process by the High Court.

Across a series of appeals against the possession order, which went all the way to the Supreme Court, Goldman Sachs has steadfastly argued that Elektron, the company which owns Aberdeen Lodge, is also liable for the borrowings of Crossplan. As Elektron owns the property, the fund is now moving to enforce the security it has over the guesthouse.

Ms Kean has pursued several unorthodox approaches to staying in her home, including writing to then-Goldman Sachs chief executive Lloyd Blankfein. She told The Irish Times that she had obtained a valuation on Aberdeen Lodge of €2 million and had secured €1.2 million in fresh borrowings which would be secured against the property, and had offered this to the US fund.

A Goldman spokesman said the property, worth at least €3 million, was security for the full debt owed. “We have extensive experience in working with borrowers in a range of circumstances and every effort has been made over a number of years to find a resolution to this matter.

“As a result, we have turned to established judicial processes with the courts repeatedly supporting our position. We review these matters carefully and have robust processes to ensure our action is appropriate to the circumstances in each individual case.”