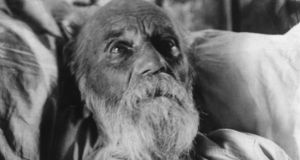 President Michael D Higgins will inaugurate a series of events to mark the centenary of the death of the Fenian Jeremiah O’Donovan Rossa.

Mr Higgins will visit the redeveloped O’Donovan Rossa Park in Skibbereen on Thursday, June 11th, which will begin seven weeks of international commemorations.

The series will be the largest nationalist commemoration programme this year.

The highlight of the programme will be a re-enactment of O’Donovan Rossa’s funeral, which took place on August 1st, 1915 at Glasnevin Cemetery.

The funeral was the largest of its kind in Ireland since the death of Charles Stewart Parnell and all strains of Irish nationalism, from the Home Rule party to the Irish Republican Brotherhood, were represented.

The Irish Times at the time estimated that some 6,000 Irish Volunteers, the GAA, the Catholic Church and various Irish cultural revivalist bodies marched in the funeral procession, while ten times as many spectators watched.

The funeral is best remembered for Pádraig Pearse’s oration and its final refrain, “the fools, the fools, they have left us our Fenian dead and while Ireland holds these graves, Ireland unfree will never be at peace”.

O’Donovan Rossa was charged with plotting the Fenian Rising in 1865. He spent five years in jail in terrible conditions and became a cause célèbre in both Britain and Ireland.

He was elected to the House of Commons, but couldn’t take his seat because he was a felon. In 1870 he was exiled to the US by the British. There he continued to agitate against British rule in Ireland up until the time of his death in 1915.

The programme will include a GAA tournament and commemorative social in Gaelic Park, New York and a commemorative mass in Staten Island.

New exhibitions on the life of O’Donovan Rossa will be held in both Skibbereen and at Glasnevin Cemetery. An Post will launch an official commemorative stamp on July 30th before the re-enactment of the funeral, which takes place on August 1st.

“If one looks at his funeral, all seven signatories of the Proclamation, and at least two more executed in the Rising, were involved, and that was just the organising committee,” Mr Doherty said.

“This was the time when the leadership cadre of 1916 cut their teeth.”