Man in his 30s seriously injured after crash on Bridge Street 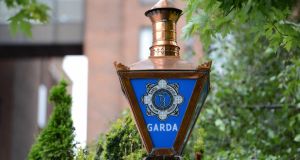 Gardaí are appealing for witnesses to a serious road crash in Bantry, Co Cork which took place shortly after 4am this morning.

A man in his early 30s was seriously injured following the crash on Bridge Street. He was taken to Bantry General Hospital where he remains in a serious condition. No other vehicle was involved.

The road has reopened to traffic following a forensic examination of the scene.

Gardaí are appealing for witnesses who were in the Bridge Street area of Bantry between 3.30am and 5am this morning to contact them.

Mandatory vaccination of healthcare workers would be ‘most intrusive step’ - regulator 10:21
Cork Airport to close for 10 weeks to allow major runway reconstruction 10:10
Q&A: Can different Covid-19 vaccines be mixed? 09:47
Remains of mothers and babies should be ‘returned’ to families 04:01
Scramble to fix problems with vaccination and mandatory quarantine programmes 03:59