Lester Ryan snr (61), uncle of All-Ireland winner, dies in crash near his home in Gowran 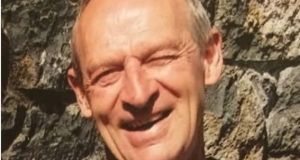 A former Kilkenny hurler has died after his bike was struck by a tractor close to his home.

Lester Ryan snr (61) died on Saturday in the crash in Gowran, Co Kilkenny at around 3.30pm.

Emergency services were called to the scene, however, it is understood he died at the scene. His body was taken to St Luke’s General Hospital, Kilkenny, and will later be transferred to University Hospital Waterford where a postmortem will be conducted.

His brother, Harry, also played for local club Clara and was a member of the Kilkenny senior intercounty team in the 1980s.

Mr Ryan, was described by a local man, as “a lovely person and was well-known character. It’s just so horrendous that the accident happened so close to his home.”

It is the second time the family has been hit by tragedy. Johnny, who was Lester jnr’s father, died in a farming accident on the family farm in Dunbell in January, 2015.