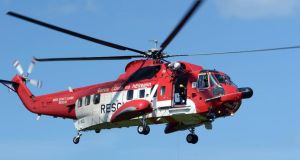 A fisherman in his mid-50s has died after his boat sank near Greencastle in Co Donegal.

The Malin Head Coast Guard received a call from a local fisherman around 10am this morning, who reported seeing debris floating in the water off Inishowen Head.

A body was recovered from the sea about 10 minutes later with the assistance of another boat, and CPR was administered.

The Greencastle Coast Guard boat arrived and continued attempts to resuscitate the man, but he was later pronounced dead at the scene.

The body was taken to Greencastle Coast Guard Station and the man’s family have been notified.

A search of the area was carried out by a Coast Guard rescue helicopter and lifeboats, which established the man had been fishing alone on a small 20ft vessel, which is believed to have sunk.