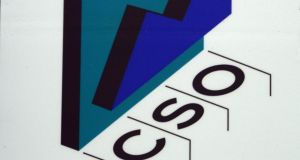 The CSO said its IT systems were now capable of processing fadas. Photograph: Cyril Byrne

The Central Statistics Office (CSO) is to recognise the síneadh fada for the first time when it publishes its annual list of popular baby names later this month.

The State statistical agency attracted criticism last year after it emerged that an online app it developed did not allow for names featuring the síneadh fada.

A search of the Baby Names App for names featuring a síneadh fada returned a message saying no records existed for those names.

Following a query from The Irish Times last year, the CSO said it was decided “from the outset” that different spellings of names (Lily and Lilly) would be treated as separate names. However, it also determined that the síneadh fada would not be afforded the same recognition.

The name Sean has featured in the top five boys’ names since 1998 but the statistics do not show whether the name in question refers to Seán or Sean.

“Any changes going forward would cause a break in the series,” the CSO said at the time.

The decision to reverse the practice of not recognising the síneadh fada was taken by senior management last July following a recommendation by the State statistician. It said feedback was received that “highlighted the dissatisfaction of some Irish speakers that wanted fadas included in the data”.

The CSO confirmed following testing that its IT systems were capable of processing these characters and records have now been updated for last year. The síneadh fada is now included in the births data received weekly in electronic format from the General Registration Office (GRO) and the first babies’ name list to feature the síneadh fada is due to be released on February 28th.

“This would treat fadas as significant for the purposes of name differentiation and would confirm the position that the fada matters,” the CSO said in an information note.

It said that prior to receiving births data in the current electronic format, names had to be manually inputed from paper records.

“It was a very labour-intensive task and there were a lot of extraneous marks on the certificates and a decision was taken at that time to input the name (ie the text without any characters) on to the database.”

“The CSO didn’t request the inclusion of the fadas when the data was made available electronically or the General Registration Office didn’t provide them without being requested by the CSO. It was a matter of continuing as before.”

The síneadh fada is a central feature of Irish as it confers meaning and pronunciation upon words. It is also considered to be a strong determinant of identity as many Irish forenames feature the mark.

The refusal of public bodies to recognise the Irish spelling of citizens’ names and addresses makes up a sizeable portion of complaints made to the Coimisinéir Teanga each year and activists say this speaks to the structural and cultural inequalities faced by speakers of the language when interacting with State institutions.

“This is better late than never but this [the omission of the síneadh fada] should never have happened in the first instance.”

The coimisinéir said it highlighted the need for the Government to amend the Official Languages Bill “in order to place a responsibility upon public bodies to facilitate the síneadh fada”.

“That is the least the Irish language community should be entitled to.”