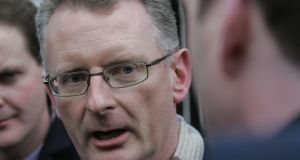 any reduction in the local property tax is not subsidised by a corresponding increase in commercial rates after a local authority voted to cut the tax by 15 per cent.

Cork County Council this week backed a motion by Sinn Féin members to cut the tax by 15 per cent – the maximum amount permissible under the legislation – in what is understood to be the first case of a local authority voting for such a measure.

Sinn Féin whip on Cork County Council Donnchadh Ó Laoghaire said he was pleased the council had recognised people could afford no more austerity, and expressed his hope the council would stand by this motion at budget time.

“When the people went to the polls last month, they sent a very clear message to the Government, locally and nationally, that people have had enough and that they were demanding an end to austerity.

“This council is mandated to do what it can to ease the burden on ordinary citizens and we as a party are committed to fighting back against austerity, and taking the pressure off low- and middle-income earners.

“Nationally, it is our policy to abolish the property tax, and at a local level, we intend to reduce the property tax by the maximum 15 per cent anywhere that we have the votes to do that,” said Mr Ó Laoghaire, whose party won 10 seats on the 55-seat council.

However, the move prompted a swift response from Chambers Ireland and Cork Chamber, which called on local authorities not to expect businesses to make up the shortfall through increasing rates.

the introduction of the local property tax last year was designed to move the local authority funding system to a fair and equitable “user pays” system and businesses were already the largest funders of local authorities.

“Businesses already pay high levels of commercial rates and cannot take any more hits if we are to support growth and job creation. We urge any local authority that chooses to reduce the local property tax to ensure they have adequate funding in place to accommodate this,” said Mr Talbot.

According to figures from the Revenue Commissioners, Cork County Council returned the third highest figure for local property tax in 2013 when, with a 94.2 per cent compliance rate, it collected €20.4 million on 160,700 properties around the county.