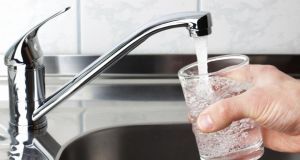 Gary Coleman attracted much media attention with his hunger strike and a Facebook page set up to inform people about the protest attracted huge traffic including over 10,000 likes.

A 28-year-old man has ended his hunger strike protest over water charges after gettting huge support over the past few days from the people of Cork.

Gary Coleman from Southern Road in Cork city began his hunger strike outside Cork City Hall at 5pm on Monday in a bid to highlight what he believes is an unjust tax on people.

But yesterday, Mr Coleman confirmed that he was ending his hunger strike after highlighting the issue amongst the people Cork and he thanked them for their support.

“The reason I stepped down from my hunger strike is that I felt very sick today with stomach cramps and my skin was all wet from the wet clothes I was wearing from last night.

“And plus, I think I’ve got my point across,” Mr Coleman told Cork’s Red FM at a press conference this afternoon where he announced he was ending his hunger strike.

Among those who commended Mr Coleman for his opposition to water charges but expressed concern over his going on hunger strike was Diarmuid O Cadhla of The People’s Convention.

Mr O Cadhla said earlier this week that he could understand Mr Coleman’s anger over water charges but he didn’t believe going on hunger strike was the best course of action to take.

And this afternoon, Mr O Cadha was with Mr Coleman when he announced that he was giving up his hunger strike after highlighting the issue of water charges.

“The People’s Convention have been appealing to Gary to try and direct his energy in a different direction - Gary has acceded to that now,” Mr O Cadha told Cork’s 96FM.

“He is going to continue with his struggle alongside other People’s Convention supporters towards October 25th when there will be rally in Cork to boycott Irish Water,” he added.

Mr Coleman attracted much media attention with his hunger strike and a Facebook page set up to inform people about the protest attracted huge traffic including over 10,000 likes.