Camelot denies trying to ‘get rid of’ charity lotteries 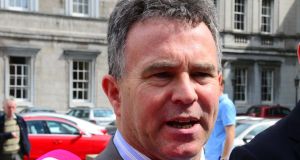 The operator of the UK lottery has strongly rejected a suggestion by Fianna Fáil TD Seán Fleming that it was seeking to get rid of charity lotteries before taking over the Irish licence.

Camelot has vehemently denied it was pursuing an agenda against privately run lotteries and disputes the accuracy of Mr Fleming’s comments.

“Any suggestion that Camelot wants to get rid of charitable lotteries is inaccurate,” a company spokeswoman told The Irish Times yesterday.

“On the contrary, Camelot is fully supportive of charitable lotteries and happily co-exists with them in the UK,” she said.

Camelot is part of the winning Premier Lotteries Ireland consortium, which is poised to take over the running of the Irish franchise later this year.

On Wednesday, Mr Fleming said he met Camelot representatives a year ago as the legislation to privatise the National Lottery was passing through the Oireachtas. He said the company made it “very clear” it wanted to get rid of these charitable lotteries as they were in direct competition with the National Lottery.

“This is part of an agenda for Camelot to get a clear pitch so they will have no competition out there in the scratch-card market,” he told RTÉ’s News at One programme.

When contacted yesterday, the Fianna Fáil spokesman on public expenditure appeared to row back, saying while Camelot had expressed concerns about charities lotteries, the company never said it wanted to get rid of them. “Obviously, as a potential bidder for the licence, Camelot was in no position to block anything.”

Mr Fleming said he had meant to say that Minister for Public Expenditure Brendan Howlin, who is overseeing the process, was “trying to clear the pitch of competitors before the Government embarked on privatisation”.

He said the lottery privatisation process underpinned the Government’s row with charity group Rehab and the decision to phase out funding for charity lotteries. The dispute between the Government and Rehab over the National Lottery has a parallel in Britain where Camelot is fending off competition from media tycoon Richard Desmond’s Health Lottery.

Britain’s Health Lottery manages prize draws on behalf of a collection of 51 smaller “society lotteries”. Because it is structured as a collection of community-interest companies, it circumvents the law allowing for only one single operator, a situation the Government here was keen to avoid when drawing up the legislation. Last year, Camelot failed in a move to get the Health Lottery’s licence revoked.