Brexit: What you need to know about what changes from January 1st

Q&A: From shopping costs to fishing, here is your guide the EU-UK deal 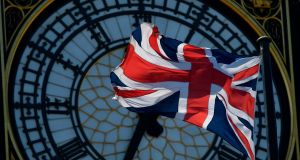 The UK is set to leave the transition period it entered after its departure from the EU last January. File photograph: Justin Tallis/AFP via Getty Images

What happens on January 1st?

Well to be exact, at 11pm on December 31st – midnight Central European Time – the UK leaves the transition period it entered after its departure from the EU last January. This cuts its ties with the EU and means it leaves the single market and customs union, the arrangements which allow goods, money, people and services to flow freely across the bloc’s borders. It is a fundamental change, ending 28 years of membership of the EU single market and coming 48 years after the UK joined the EU.

Brexit – the UK’s exit from the EU – already happened at the end of January this year. But in terms of the practicalities which affect businesses and consumers not much changed then, as the transition period came in to allow a deal on the future relationship between the two sides to be negotiated. This deal was agreed – just in time – ahead of the deadline of the end of the transition period.

What does the deal mean?

The EU and UK did a “trade and co-operation agreement” on their future relationship – so there is a deal on how a lot of things will work and a framework to go forward. As part of this, no damaging tariffs, or import duties, will generally apply on trade. But a lot is still going to change. Irish companies trading with Britain will have to meet customs rules, fill out documentation and notifications, ensure VAT is paid properly and meet rules for product standards. Particular complexities apply to trade in food and animals to safeguard consumers – and in some industries to rules on where products originate and how they are regulated.

What does all this mean for Irish businesses?

It means additional costs for importers and exporters, though it won’t have the kind of big and immediate impact a no-deal exit would have meant. The UK market could become tougher in the years ahead for Irish companies – for example, beef producers could face new competition from lower-cost producers from outside the EU in the UK market.

Will there be delays getting goods around?

There could be. Early January is often quiet for trade and some companies will have stockpiled goods. But there could be delays in goods moving between Ireland and Britain as new customs rules bed in – and in the longer term it may all just take a bit longer. And goods travelling between Ireland and continental EU markets could face delays on the landbridge through Britain as new controls come in at French ports. We already saw delays before Christmas as the French closed off entry from the UK due to the new Covid strain. The EU is to introduce new border controls on goods entering from Britain immediately, while the UK has said it will phase in controls on goods entering from the EU over six months.

And there are special plans for Northern Ireland?

Yes. Goods will be able to flow freely to and from the Republic and on to the EU as Northern Ireland remains aligned with certain EU rules. However, there will be new checks on goods crossing from Britain to the North. There are some phase-in arrangements here too.

What about prices in the shops?

The good news is that there won’t be tariffs, which would have added to prices, notably to those of groceries and supermarket goods. The bad news is that customs and other bureaucracy are a cost to businesses and some of this will likely be passed on to consumers. An ESRI report calculated that this could add up to €890 a year to average Irish shopping costs due to higher prices on UK imports. This was on the assumption that the full cost was passed on and that consumers did not substitute the imports with cheaper goods – both likely to happen to an extent. Even without tariffs there are big extra costs for businesses and somewhere consumers are likely to pay.

But duty free is back?

Yes it is – at least in airports when coming from Britain and when making similar journeys on ferries, subject to limits. However, it will not apply to people travelling between Northern Ireland and the Republic, as under the special arrangements for it the North will continue to follow enough EU rules to avoid a trade border on the island.

Consumers have been warned that they will lose EU consumer rights on goods bought online from the UK and charges will be levied by many UK online companies for returns, which are currently generally free. VAT will also be payable as goods are imported into the Republic, which will generally be part of the price of purchase. In some cases retailers may add charges to account for the cost of meeting customs requirements. However, import duties will not be payable, as would have been the case had the UK exited the EU trading regime without a deal.

Are there other consumer issues?

A lot of smaller ones may emerge – but the State’s membership of the Common Travel Area with the UK and deals attached to this will avoid many which will apply between the UK and the rest of the EU. Irish drivers in the UK will be able to travel with their Irish insurance discs, for example. And the often complex rules which will now apply between the UK and other EU countries on everything from business trips to recognising professional qualifications will not be a problem between the UK and the State. However, there are wrinkles – people driving in the Republic on a UK licence need to change it for an Irish one, for example.

So the Common Travel Area is protecting us from wider changes?

What about the level playing field we were hearing so much about during the talks?

A deal here was sorted, to meet the EU demand that UK companies could not get a competitive advantage by having regulations significantly lower than those applying in the EU, or getting aid from the UK government. Britain does not have to follow changes in EU standards, but there is a complex mechanism where either side can object if it feels the other is gaining an unfair advantage. To what extent this will be used remains to be seen.

The Irish fleet will lose some access to UK waters and faces uncertainty as the deal on fisheries comes up for review after a 5½-year phase-in period. The Government has promised compensation.

What does it mean for services like banking, aviation and so on?

The deal had a lot less on these that it did on goods trade. UK banks will find it harder to operate in EU markets. There is a special deal on aviation, including new ownership rules, and the likelihood of a data exchange deal in the short term. Rules for hauliers will change. It all shows how complex the EU single market is and the complexity of leaving it.

Well, kind of. But the new future relationship deal involves a host of new committees and procedures, a range of dispute resolution processes, and, wait for it, the option to review the whole deal in 2024. The deal is done, but Brexit will always be with us.