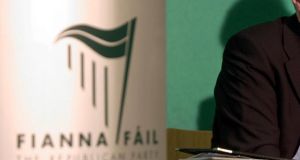 Fianna Fáil has suffered another blow with the resignation of one of its most senior politicians on Cork County Council, current mayor of County Cork Alan Coleman.

Cllr Coleman said he had made the decision to resign from Fianna Fáil with great regret but he felt he had no option given his treatment by the party over the past year. “I feel very let down by the party – there is no room for dissent in Fianna Fáil – that is clear from how I was treated by the party leadership over recent months.”

Mr Coleman, from Belgooly, west Cork, had hoped to run for the party in Cork South West, but said it had been made clear to him that the party leadership did not want him to run. He did not allow his name go forward for selection at convention because he felt it was being made clear to him that delegates were being directed to vote for another candidate.

“It was clear to me that headquarters did a deal which would have ensured that I would not get through convention if I were to go to convention,” said Mr Coleman. “I feel the party don’t value my contribution in terms of politics locally, and if a party doesn’t value your contribution then you would have to question why you would stay in such a party.”

He said he had informed party hierarchy of his decisions as well as Fianna Fail members on Cork County Council, where he has served as a councillor for 24 years.

He said he was also disillusioned with the party’s policies. “Travelling throughout Cork county as mayor in recent months I have observed a palpable air of dissatisfaction with the lack of vision and leadership of Fianna Fáil. Fianna Fáil is clearly lacking policies that will improve the country we live in...rural Ireland has been decimated by the present Government and Micheál Martin has failed to react.”

Mr Coleman said he felt Mr Martin had done a good job in reorganising the party but “unfortunately he has not re-engaged the party which needed stronger leadership”.

While he disagreed with Mr Martin politically in terms of Mr Martin’s failure to progress the party, on a personal level he bore him no animosity. “Micheál Martin is a very personable guy and I’m a reasonable personable guy myself, so we haven’t had any falling out, but politically I think he has taken the party as far as he can take it.”

He ruled out running for any other party, and said while he had great respect for Renua leader Lucinda Creighton he would be standing as an Independent in all future elections.

He was under no illusion as to the magnitude of the task facing him in trying to win a seat as an Independent in three-seat Cork South West.

Fine Gael currently hold two seats and Labour hold the third, and with Fianna Fáil, Sinn Féin and other Independents running, he accepted he faced a stiff challenge to win a seat.

“Since 1991 every time I stood for public election I have been returned, and I would relish the opportunity of representing the views of Cork South West effectively in Dáil Éireann.”