Belgium to take court action against Ryanair over cancelled flights 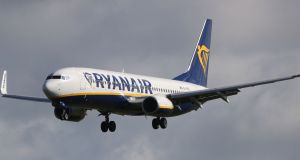 Belgium is to bring an action against Ryanair and its deputy prime minister has accused it of a “lack of professional conscience”.

The Belgian authorities have become the latest to raise concerns following the airline’s rostering-related decision to cancel 18,000 flights over the winter period.

Deputy prime minister and consumer minister Kris Peeters announced on Wednesday that he will bring an action against Ryanair in Belgium’s Commercial Court.

He accused the airline of communicating only in English with its French-speaking and Dutch-speaking clients and providing too little information on the rights of passengers in the event of cancellation.

In a statement on Thursday Ryanair said it “ complies fully with all EU261 legislation and is taking all necessary steps to re-accommodate affected customers”.

Similar criticisms were made of Ryanair by the Civil Aviation Authority (CAA) in the UK last week. It gave the airline a Friday deadline to more accurately ensure that its passengers were appraised of all their rights with regard to flight cancellations.

On Friday, in response to the CAA and the Irish Commission for Aviation Regulation, Ryanair issued its most detailed commitments so far on how it is going to deal with passengers booked on flights that have been cancelled . The airline said it would implement measures to ensure affected passengers were fully aware of their “rights and entitlements”. It set out in detail the options for refunds and reroutings.

Following the move CAA said the airline had “capitulated” by agreeing to implement steps aimed at guaranteeing passengers know their full rights.

Belgian consumer protection agency Test Achats has also accused the airline of not informing passengers of their rights. It filed a complaint with Belgium’s Economic Inspectorate because the airline compelled the passengers affected by the cancellations to contact them in English.