Thinking on obesity is overly simplistic

There is much more behind the obesity problem than sugary drinks and fast food. Genetics are key 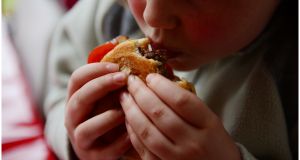 The simple thermodynamic conclusion that weight gain, leading to obesity, results from consistently ingesting more food calories than are burned off in various activities, hides the complex roots of the epidemic.

Prof Mike Gibney, director of the Institute of Food and Health, UCD, explains these roots in his book Something to Chew On: Challenging Controversies in Food and Health (UCD Press, 2012). Gibney argues persuasively that the two main popular explanations of the current epidemic of obesity, namely that the epidemic is caused by socio-economic and food-chain factors, are simplistic.

Gibney discusses the many factors that conspire to make obesity a hugely complex problem, for example genetics, physical exercise, hunger and satiety centres in the brain. I have mainly confined myself to genetics in this article because this factor is so significant.

We live in an “obesogenic” environment, with easy access by all to food and a general culture of limited physical activity. Under such conditions many people inevitably grow obese. The socio-economic explanation of widespread obesity holds that obesity is common among disadvantaged groups for several reasons: poor education, poor appreciation of healthy lifestyles, limited access to “healthy” food, school “junk food”, and so on.

Studies of identical twins raised apart (identical genetics, different environments) show that if one twin gets fat, the probability of the other twin being fat is 70 per cent (A Stunkard, New England Journal of Medicine, 1990). Another study of 5,000 adopted people showed that the weight of the adopted person correlates well with the biological parents, but not with the adoptive parents (C Bouchard, Human Biology, 1985). In another study, identical twins were each served an extra 1,000 calories per day. All gained weight, ranging from four kilograms to 13. The greatest predictor of any twin weight gain was the weight gain of the other twin (E Poehlman, American Journal Clinical Nutrition, 1986).

No difference in outcome was noted over the period among the children of lean parents when socio-economic class was taken into account. In the case of children of fat parents, obesity rose in both the high and low social classes, but rose faster in the lower social class. If social class is important in obesity, it is only if it is associated with a genetic predisposition to obesity.

Finally, a huge UK survey of both identical and non-identical twins (J Wardle, American Journal Clinical Nutrition, 2008) showed that 77 per cent of the variation in fatness in the population is due to inherited factors, 10 per cent is due to shared environment (the home) and 13 per cent to non-shared environment (different sports and pastimes).

There is a popular tendency to demonise fast food and sugary drinks as the major contributors to obesity. However, Gibney points out that all categories of food contribute to obesity. For some it is big dinners and lunches, for others a sweet tooth, or overindulgence in alcohol. All the factors that make obesity such a complex problem must be taken into account in order to devise a comprehensive strategy that will effectively tackle the obesity epidemic.

William Reville is an Emeritus Professor of Biochemistry and Public Awareness of Science Officer at UCC.
understandingscience.ucc.ie