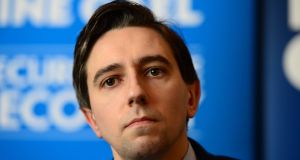 Minister for Health Simon Harris said the number of applications to the Government’s symphysiotomy payment scheme had exceeded expectations.

Almost 400 women have received awards of more than €30 million under the Government’s symphysiotomy payment scheme, according to a report.

The awards made include 216 payments of €50,000, where a woman received a Symphysiotomy, and 168 of €100,000, mostly where significant disability resulted from the procedure, according to the report on the scheme by the assessor, Judge Maureen Harding Clark.

Fifteen women received the maximum of €150,000 under the scheme. These were found to have suffered significant disability following an elective symphysiotomy carried out after childbirth, or to have received a pubiotomy.

The procedure continued to be used in Ireland in the 1950s and 1960s, long after it fell out of favour in other western countries. In one hospital, Our Lady of Lourdes in Drogheda, symphysiotomies were performed until the 1980s.

Minister for Health Simon Harris said it had been anticipated about 350 women would apply to the scheme, but in fact 590 applications were received.

Mr Harris said he hoped the conclusion of the process would help to bring closure for the women involved and their families.

The scheme was launched by the Government in the face of opposition from one survivors’ group, Survivors of Symphysiotomy.

The Department of Health maintained the women involved would struggle to prove their claims in the court.

Many of those involved are elderly, with the majority of claimants in the scheme being over 75 years of age.

A condition of the scheme was the women had to give up their right to pursue a legal case before accepting an award.

Mr Harris said the vast majority of women chose to do so.

While 399 applicants received awards, 185 were unable to establish their claim, according to the report.

A handful of women died during the process and one elected to reject her award and to continue legal action.

Responding to the news, Survivors of Symphysiotomy described the report on the payment scheme as “an official whitewash”.