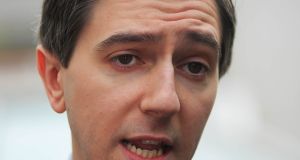 Minister for Health Simon Harris: People Before Profit TD Bríd Smith criticised that he “would see fit to hand over control of our National Maternity Hospital to one of the religious orders that ran. . . repulsive institutions and which essentially tortured women and their babies”. Photograph: Gareth Chaney Collins

The decision to pass ownership of the new €300 million State-funded National Maternity Hospital to a religious order underlines the need for the complete separation of church and State, People Before Profit TD Bríd Smith has said.

Ms Smith, a Dublin South-Central deputy, said she was “disgusted” to hear the Sisters of Charity would be the sole owner of the new hospital and that “all publicly funded services, be they in education or health” should remain in publicly accountable ownership.

The decision has been criticised as the Sisters of Charity order is yet to provide its share of funds to the redress scheme for institutional abuse victims.

“I think that it is quite disgraceful that after all that happened in the Magdalene Laundries and the disgusting revelations from Tuam and other mother and baby homes that [Minister for Health] Simon Harris would see fit to hand over control of our National Maternity Hospital to one of the religious orders that ran some of these repulsive institutions and which essentially tortured women and their babies,” she said.

“What needs to be asked is how the Department of Health and the Minister came to the conclusion that an order, which stood over the abuse, mistreatment and malnourishment of women and children, should receive the contract for control over our National Maternity Hospital.”

Fianna Fáil health spokesman Billy Kelleher said Mr Harris should provide further clarity on the “golden share” and the “lien” which the Minister says will ensure the hospital’s independence is maintained.

“It is a national maternity hospital, it is important that it has full independence in its ethos and medical independence is fully guaranteed and that’s of critical importance.”

Mr Kelleher said the Sisters of Charity congregation had an obligation to provide the €3 million share of funds it is yet to put into the redress scheme for institutional abuse victims. It was “simply unacceptable that after 15 years, that we still are in a position where there’s money outstanding”, he said.

However, he warned against collating the issues, saying it could delay the process of the maternity hospital being transferred to a co-located site with an adult hospital.

The Green Party said it did not believe religious bodies should have any involvement in the provision of State services.

Independent TD Michael Harty said the Sisters of Charity had a “moral duty” to provide its share of funds to a redress scheme for institutional abuse victims.

Protests against the move have been organised by Parents for Choice at St Vincent’s hospital, the National Maternity Hospitals on Holles Street, in Limerick, Cork and Galway, and Our Lady of Lourdes Hospital in Drogheda.