Opinion: The facts do not map readily on to the current debate’s spurious division into ‘pro-life’ and ‘pro-choice’ arguments. But, then, the facts seldom do 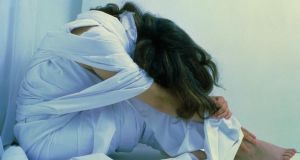 As the Protection of Life During Pregnancy Bill inches along on its journey toward becoming an Act, there are continual references to psychiatry, psychiatric treatments and matters relating to suicide. These references are frequently misleading and lacking in both clarity and compassion. It’s time for some facts.

As psychiatrists we commonly ask people about suicidal thoughts or acts. We identify risk factors for suicide (eg excessive alcohol use, untreated mental illness) and help address these. This is a key element of what we do.

People are commonly relieved by speaking openly about suicidal thoughts. General practitioners, psychologists, nurses and counsellors are also skilled in the exploration of suicidality.

Despite these skills, it remains a fact that neither psychiatrists nor anyone else can predict in an actuarial or statistical sense precisely who will or will not die by suicide. One classic study followed up almost 5,000 psychiatric inpatients after discharge, using a combination of known risk factors to try to predict suicide.

This was a high-risk group so one would expect prediction to be relatively easy compared with prediction in the general population. While the researchers predicted 35 out of 67 suicides, their model also generated more than 1,000 “false positives” (ie predicted suicide in people who did not die by suicide).

In the 30 years since this study appeared, psychiatric and psychological treatments have improved considerably but prediction of suicide has not.

Without performing randomised controlled trials, in which the intervention is provided to one group and not to another, it is impossible to prove definitively whether any intervention is beneficial.

In the case of abortion as an intervention to prevent suicide, a randomised controlled trial would involve assembling several thousand suicidal pregnant women who request abortions and randomly dividing them into two groups, one group receiving abortions and the other not receiving abortions. Both groups would have to be treated similarly in all other respects and followed up to see how many in each group die by suicide.

Such a study would be profoundly unethical and thus impossible to perform. As a result, both following statements are true: (a) there is no definitive evidence that abortion prevents suicide; and (b) definitive evidence on this is virtually impossible to obtain, so its absence should not be construed as meaning anything about the effectiveness or otherwise of abortion for the prevention of suicide.

Each person who presents with a suicidal crisis presents with a unique combination of symptoms and strengths, circumstances and hopes, weaknesses and resilience. Our response needs to be similarly personalised. Despite the demonstrated usefulness of measures such as dialectical behaviour therapy for certain people, it would be unwise to legislate for the mandatory offering of any specific therapy to all suicidal pregnant women seeking abortions.

Finally, some suicidal persons present with symptoms of mental illness and there is a strong evidence base to support the use of specific treatments (eg cognitive behavioural therapy, antidepressant medication), although it is not definitively proven that these prevent suicide.

In other words, the response to each suicidal person needs to be as personalised as the set of circumstances with which the person presents.

Broad social problems
Psychiatry is centred on the treatment of people with mental illness or other states of psychological distress; provision of support to families; and mental health promotion. Psychiatry is not especially good at sorting out broader social problems. The lessons of history are clear in this regard.

In the 1800s and early 1900s, Irish asylums were used as convenient solutions to all kinds of social problems. Asylum doctors were complicit in this, along with families and broader society. In retrospect, it is clear that asylum doctors should have objected to many such admissions on the grounds that treating the mentally ill is the core focus of psychiatry; and providing convenient but inappropriate solutions to society’s broader problems is not.

Today, society is, arguably, again looking to psychiatrists to provide a convenient solution to another complex social issue. Against this backdrop we need to look clearly at what psychiatry can and cannot offer, if only to avoid the mistakes of the past.

The facts outlined in this article do not map readily on to the current debate’s spurious division into “pro-life” and “pro-choice” arguments. Nor do they provide a neat solution to the dilemmas facing our legislators. But, then, the facts seldom do.

Stephen Donnelly defends analysis of Twitter mentions by his department