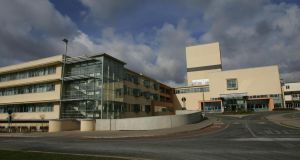 An inspection at Connolly Hospital in Blanchardstown found two units were majorly noncompliant in eight of the 18 standards tested against. Photograph: Bryan O’Brien

Patients at a Dublin hospital were exposed to burns risks and unhygienic medication practices, according to a report from the Health Information and Quality Authority.

An inspection at Connolly Hospital in Blanchardstown found two units were majorly noncompliant in eight of the 18 standards tested against.

Patients in the Silver Birch and Woodlands units, which provide accommodation for almost 50 residents, were not adequately protected from burns risks posed by exposed radiators and hot water taps.

It was also found that staff had never actually practised a fire drill, and had no idea how long it might take or how many staff would be required to transfer residents to safety.

There was no evidence of Garda vetting for two out of five volunteers at the units, and agency staff had to be used to cover some shifts, leading to a “lack of continuity of care” for some residents.

Concerns were also raised over residents’ poor access to washing and toilet facilities.

In a response, hospital management endeavoured to provide funding for radiator covers and antiscald devices in sinks, and said medication prescriptions would be reviewed to ensure proper doses.

The facilities examined were deemed to be substantially compliant for food and nutrition practices.

Private practice to continue in public hospitals during Covid-19 crisis

1 ‘Everyone still thinks it’s a joke’ - parents of toddler with coronavirus speak out
2 Ireland’s pharma industry gears up to make key ingredient for Covid-19 testing
3 ‘It’s Sinn Féin against the rest’: NI Executive in conflict over coronavirus
4 Coronavirus in Ireland: New powers of arrest for gardaí expected to come into force
5 Coronavirus: At least 750 home carers to be redeployed to nursing homes
Real news has value SUBSCRIBE