Over 2,500 children on waiting lists for mental health services 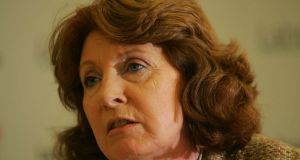 More than 2,500 children and adolescents were on waiting lists for mental health services at the end of September last year, an increase of 24 per cent.

The figure is published in the 5th annual report of the Child and Adolescent Mental Health Services (CAMHS) today.

It also reveals that staffing levels in the service are at just 44.6 per cent of the level recommended by official government policy.

There were 12,022 referrals in the same period, which is a 21 per cent increase on the previous 12 months, the report said.

Eleven per cent of children did not attend their first appointment.

As at the end of September last year, 2,541 children were waiting to be seen - an increase of 491 or 24 per cent on the same period the previous year.

The autistic spectrum disorder category was more frequently seen in Dublin-Mid Leinster, accounting for just over 17 per cent of cases.

The report said, however, that the rates of emotional disorders, including depressive and anxiety disorders in boys had increased.

One in 10 children and adolescents suffer from mental health disorders associated with “considerable distress and substantial interference with personal functions” such as family and social relationships and their capacity to cope with day-to-day stresses.

Minister of State for Mental Health Kathleen Lynch said the increasing service demands reflected in the report, together with the evidence-based good outcomes of early intervention by the services, reinforced her commitment to ensure best use was made of additional investment by the Government for mental health services, particularly those relating to children and adolescents.

The expansion of child and adolescent mental health services, with an increased number of teams and inpatient services are key recommendations of the 2006 policy Vision for Change .

Consultant child and adolescent psychiatrist Dr Brendan Doody, HSE national CAMHS advisor, said the report showed an increased demand for services and an increase in the level of service provided to young people and their families.

“It demonstrates the necessity for continued investment in the development of services to meet this demand, so that children and adolescents can access appropriate services in a timely manner and achieve the best possible outcomes. Supporting the work of our dedicated workforce is key to achieving this most important objective.”

In 2012 an additional 150 new posts were allocated and 134.5 of those posts had been recruited by last November.

A further 80 posts were allocated last year and 24 had been recruited by November 2013. The balance of the 2012 and 2013 “priority posts” are expected to be in place by the end of the second quarter.