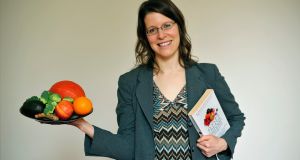 Nutritional therapist Patricia Daly has been told by an advertising watchdog not to refer to the efficacy of the ketogenic diet in relation to cancer treatment without supporting evidence. Photograph: Aidan Crawley

Claims by a nutritional therapist that a ketogenic diet can “weaken” cancer has been found in breach of the code of the Advertising Standards Authority of Ireland (ASAI).

Patricia Daly, the co-author with cook Domini Kemp of a book of ketogenic recipes, has been told by the authority not to refer to the efficacy of the diet in relation to cancer treatment until she has evidence to substantiate her claims.

Ms Daly had claimed on her website that the diet can “not only enhance your patient’s response to conventional cancer treatment but also have an effect on tumour markers, immune health, mental wellbeing and, most importantly, quality of life”.

This prompted an official complaint by the Irish Nutrition and Dietetic Institute (INDI) and the Irish Cancer Society, which was upheld by the ASAI.

In its decision, the authority pointed out that Ms Daly’s website did not contain qualifying statements or links to other pages to explain potential limitations of the diet associated with cancer treatment.

It expressed concern at the absence of “appropriate levels” of authoritative, recognised and compelling research on human clinical trials. The content was likely to mislead consumers, and cancer patients in particular, on the efficacy of the diet, it found.

Ms Daly, who has qualifications from UK bodies, pointed out there is no body for regulating nutritional therapy in Ireland. The ASAI ruled she should not make claims about advice and/or treatment for serious conditions without holding an appropriate qualification.

Welcoming the decision, the INDI pointed out that the only regulated professionals who can offer clinical dietetic advice in Ireland are dietitians registered with Coru (the Health and Social Care Professionals Council).

Chief executive Jennifer Feighan said the institute took the complaint “in the interests of patient protection”.

“The claims made for the ketogenic diet and its benefits to people with cancer are misleading and unsubstantiated,” she said.