Is everything you think you know about running wrong? 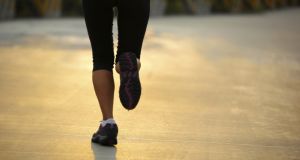 When it comes to running, everything you ever knew is wrong. Or so it seems these days, when almost every day bring a new piece of research that undercuts previous thinking. So out with those high-performance runners and in with skimpy “barefoot” shoes. Forget performance drinks and take chocolate milk instead. Massage, we are told, isn’t all it was cracked up to be – and neither are stretching and ice baths.

All this orthodoxy replacement can get a bit confusing. Static stretches, dynamic stretches or none at all? Lots of hydration when out running or drink water only when thirsty? Carbo-load before a race or eat normally? To taper or not in advance of a marathon?

What is your average runner to do? One option is to keep on keeping on, as before, ignoring the blizzard of advice. That may simplify matters, but what if you’re prone to injuries, failing to run faster or shed the pounds? In such circumstances, it seems perverse to keep your head in the sand.

The alternative is to survey the knowledge that’s now out there and learn from it. Or get someone else to do it, as New York Times columnist Gretchen Reynolds has managed in a new book, The First 20 Minutes.

Reynolds’s book is a science book rather than a runner’s manual, but amid all the talk of lab experiments and population studies, it contains more than a few counter-intuitive nuggets as well as some useful practical advice.

It is, as she notes, “a fascinating time to own a body, and a perplexing one”. Advances in science and medicine mean we can see into and measure the human body as never before. We know more than ever about physical performance – and yet it is clear that we still have much to learn.

Her first and overarching lesson from all the studies is that movement is good while inactivity, for the human body, is “unnatural and unwise”.

As far back as the early 1700s, an Italian physician noticed that cobblers and tailors who sat a lot at work were less healthy than the low-paid dogsbodies who ran errands for them. In the 1950s, researchers found that London bus drivers were twice as likely to suffer a heart attack as their conductor colleagues who were constantly climbing stairs. An Australian study has fond that if an average man watched no television in his adult life, his lifespan might be 1.8 years longer.

“Death rates rise when societies sit. Waistlines grow. Unhappiness spreads,” Reynolds notes. After that, however, the issue of how much exercise people need is, from a scientific standpoint, “a big fat mess”.

That said, the consensus is that 150 minutes a week of walking or a light workout will suffice to improve your health, or 75 minutes of more vigorous activity such as running. How you partition this activity doesn’t seem to matter.

Most of us will conscientiously go through a few favourite stretches before running but Reynolds says a growing number of studies show that static stretching not only does not prepare muscles for activity but almost certainly does the reverse. One study found that those with the tightest, least flexible hamstrings tended to be the fastest. Other studies have shown that an overly vigorous aerobic warm-up simply makes you tired.

While stretching is out of favour, scientists still reckon you need to warm up before a workout. That means walking before a brisk walk, or jogging before a run, with maybe a few vigorous exercises such as skipping or bottom kicks. Ibuprofen is deemed worthless for warding off muscle pain, and cryogenics and ice-baths might only work because the masochists who endure them think they do.

As for warm-ups, Reynolds suggest skipping them if you wish. She quotes Jack LaLanne, an early American fitness guru who lived to the age of 96: “Fifteen minutes to warm up! Does a lion warm up when hes hungry? Uh-oh, here comes an antelope. Better warm up. No! He just goes out and eats the sucker”.

Researchers are similarly sceptical these days about the virtues of carbo-loading. For most of us exercising for an hour or less, the amount of additional carbohydrates needed is minimal. A normal, healthy diet will supply more than enough fuel for moderate exercise lasting up to 90 minutes.

This changes if you’re running a marathon but it seems the carbohydrates you eat during a long workout or race are the most important for performance. So, Reynolds advises, bring your carbs with you – as an energy bar, for example – and avoid binge drinking while exercising.

The emphasis on endurance can lead many athletes to neglect the virtues of strength training, which confers considerable physiological benefit and can help counteract the effects of ageing, according to the book. Reynolds suggests you determine how strong you are by dropping to the floor and performing as many full-body push-ups as you can. Apparently, the average 40-year-old man should be able to complete about 27 push-ups before becoming exhausted, while women of the same age should be able to do 16.

To avoid injury, she advises runners to strengthen their knees through specific exercises and achieve better form, while counselling that “less shoes is probably best”.

The good news from science is that exercise seems to have a significant anti-ageing effect. One study has found that active twins are biologically younger, while another found that runners’ knees were actually healthier than non-runners’ knees when tested after a gap of 20 years.

But while exercise is undoubtedly beneficial, does it outweigh the problems caused by inactivity? In recent years, scientists have developed the notion of the “active couch potato”, someone who runs or goes to the gym at lunchtime but is sedentary much of the rest of the day. According to one US study, isolated bouts of exercise failed to ameliorate the risk of heart disease and cancer caused by inactivity. People who exercised for at least seven hours a week but spent at least five hours a day in front of the television were more likely to die prematurely than the small group who worked out seven hours a week and watched less than an hour of television a day.

So, the message seems to be, keep moving, whether in planned exercise or simply by standing up, or doing the ironing, or finishing an article and getting out for some fresh air.

The First 20 Minutes: The Surprising Science of How We can Exercise Better, Train Smarter and Live Longer